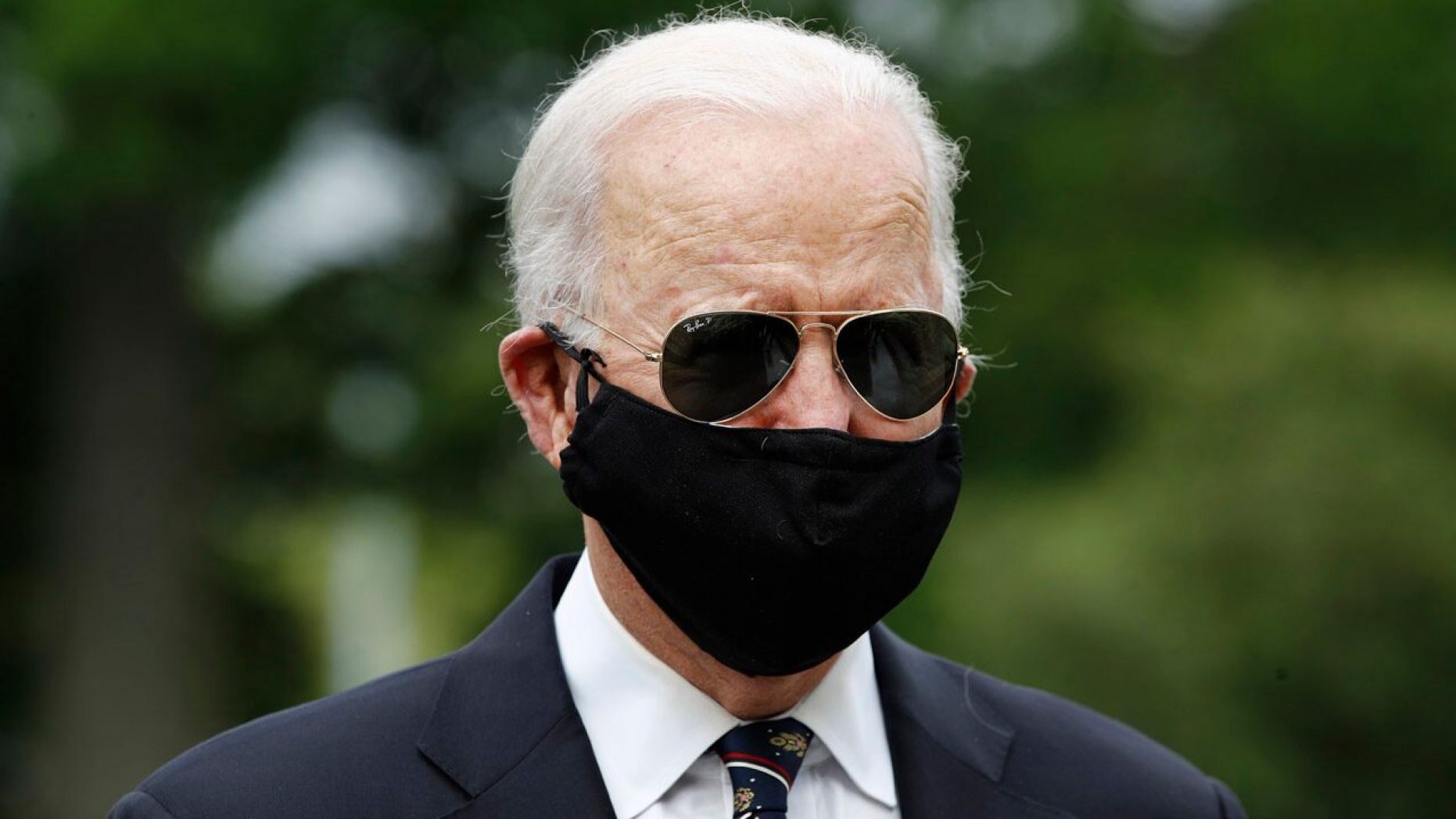 BREAKING NEWS – New Castle, Delaware – Vice President Joe Biden, is seen departing after laying a wreath at the Delaware Memorial Bridge Veterans Memorial Park. According to an unnamed source, Biden was not wearing a mask to protect him from catching the corona virus, but it was to cover the fact that he had duct tape over his mouth, which covered his lips that his staff had stapled together, to prevent him from creating new gaffes. Because the tactic was successful, his campaign manager is wondering if they can get away with doing the exact same thing during the upcoming presidential debates