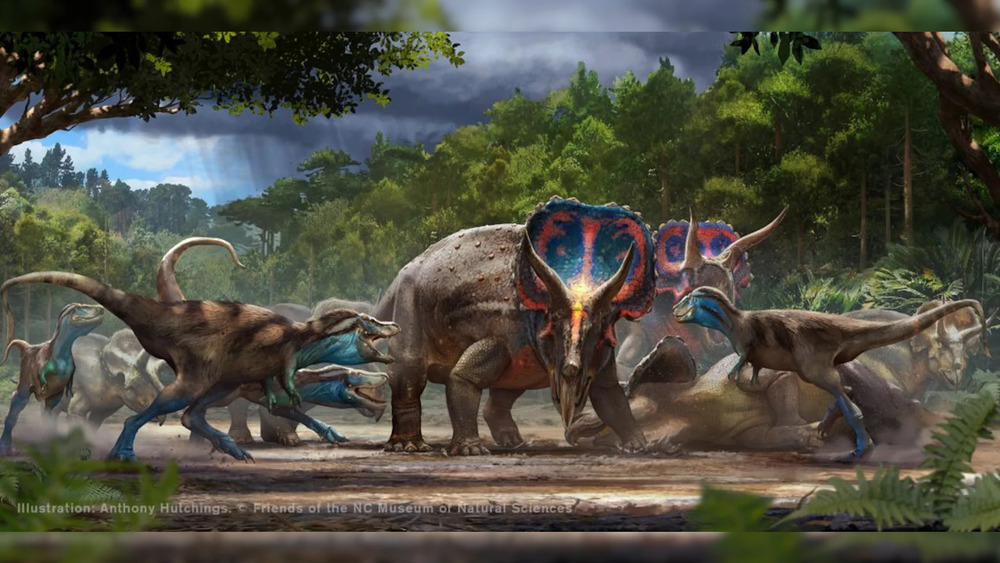 BREAKING NEWS – Raleigh, North Carolina – Remarkable fossils are set to go on display for the first time ever, showcasing a T. rex and a Triceratops fighting a ferocious battle to the death.

The fossils, nicknamed “Dueling Dinosaurs,” will be seen by the public for the first time at the North Carolina Museum of Natural Sciences. The stunning fossils, which include “the best-preserved skeletons of Triceratops and T. rex unearthed to date — including the only 100% complete skeleton of T. rex yet discovered,” according to a statement from the museum, were initially discovered in 2006.

“We have not yet studied this specimen; it is a scientific frontier,” Dr. Lindsay Zanno, head of paleontology at the North Carolina Museum of Natural Sciences and associate research professor at North Carolina State University, added. “These battles were particularly brutal and violent. Near the fossils of these bloody encounters, we also found some prehistoric brass knuckles, switchblades, and on one of the claws of the T. rexes, we found gunpowder residue.”