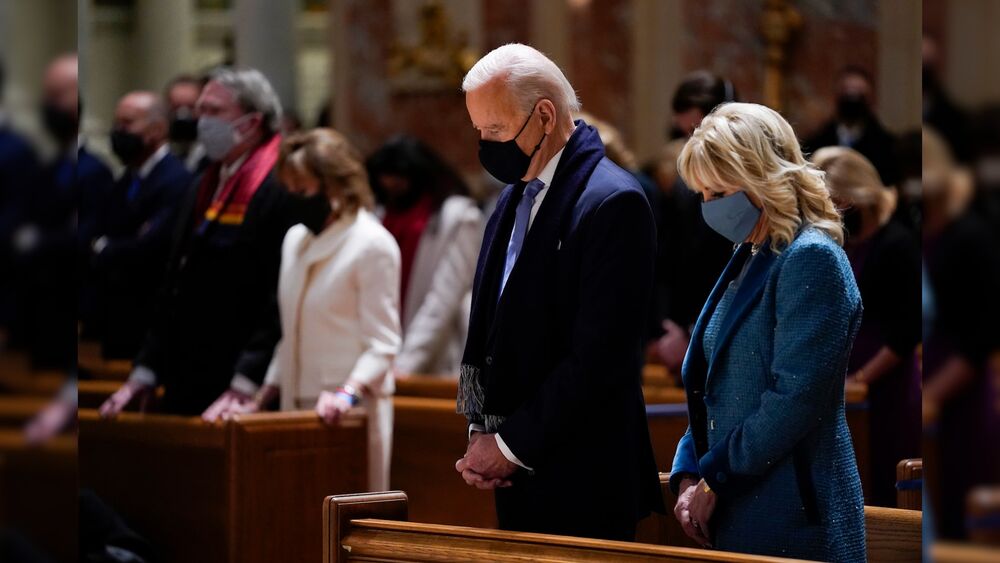 BREAKING NEWS – New York City, New York – Conservatives ripped The New York Times for describing President Biden as “perhaps the most religiously observant commander in chief in half a century” in a story published Saturday.

Pundits were quick to point out former presidents George W. Bush and Jimmy Carter for their outspoken faith.

President Biden responded to the criticism. “I agree with the New York Times,” began Biden. “I believe in liberal Christianity. That simply means, I believe that Jesus is my Lord and Savior, unless his teachings violates federal laws or offends democrats. At that point, Jesus has to back off and keep his opinions to himself. I think he’s a good man, but he should stay in his lane. It’s not like someone died and made him king.”