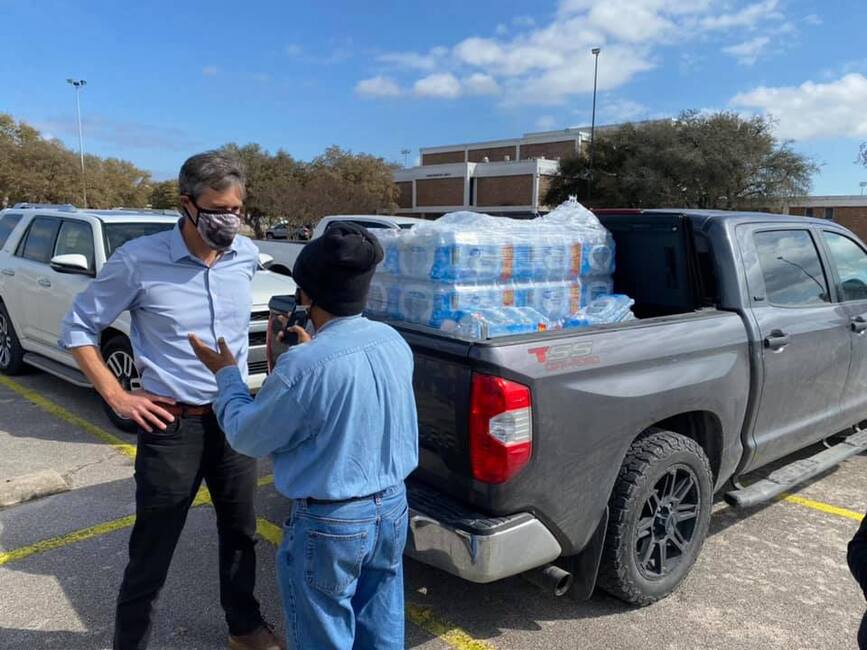 BREAKING NEWS – El Paso, Texas – In what seems like a flashback to his 2018 Senate campaign or his run in 2019 for the Democratic presidential nomination, Beto O’Rourke is once again on the road.

The former congressman from El Paso, Texas, and one-time rock star among liberals nationwide is crisscrossing the Lone Star State, raising money on behalf of victims of the damaging winter storm that crippled the Texas power grid, delivering water from the back of his pickup truck — all while showcasing the efforts on social media.

“I am meeting people everywhere I go,” stated O’Rourke. “Not only am I delivering water, I am on a quest on trying to find evidence that will emphatically prove that this horrific storm is Donald Trump’s fault.”