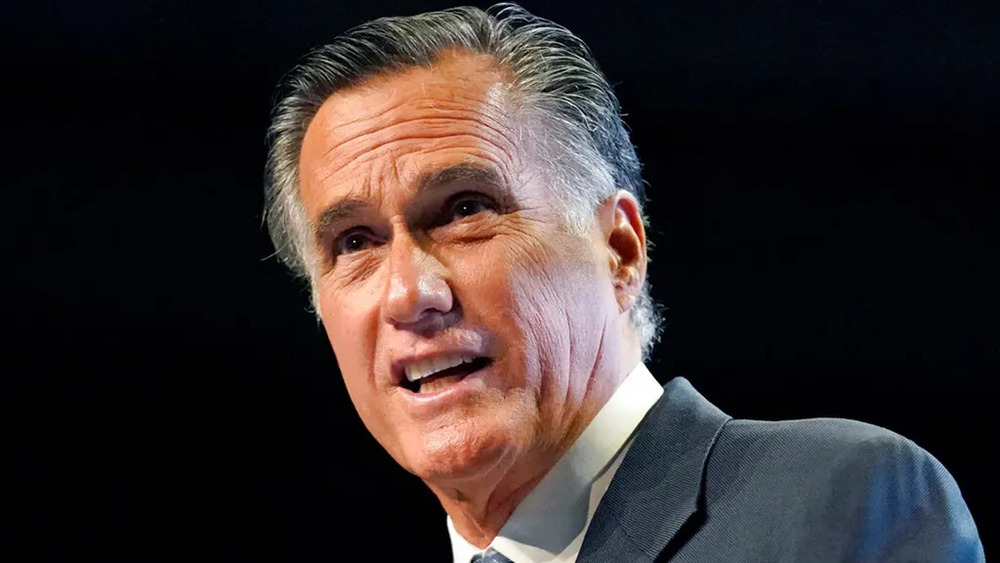 Romney has faced negative backlash and a censure threat by the GOP delegation for his votes to impeach Donald Trump.

“I’m a man who says what he means, and you know I was not a fan of our last president’s character issues,” Romney said as the crowd threw insults at him including “communist” and “traitor,” first reported The Salt Lake Tribune.

“You can boo all you like,” Romney said. “I’ve been a Republican all of my life. My dad was the governor of Michigan and I was the Republican nominee for president in 2012.” As the predominately Mormon crowd continued to “boo” him and yell insults, Romney had enough and fired back. “If you people keep it up, I’ll lobby to get a law passed where a man can only have one wife at a time! I’ll also lobby for a law for those robotic wives at the polygamist compounds scattered across this state, mandating them to wear make-up, and to wear clothes that don’t resemble the prairie life in the early 1800s!”

The large crowd immediately simmered down when Romney added that he was going to forced those compounds to buy a certain amount of their products from black-owned businesses.