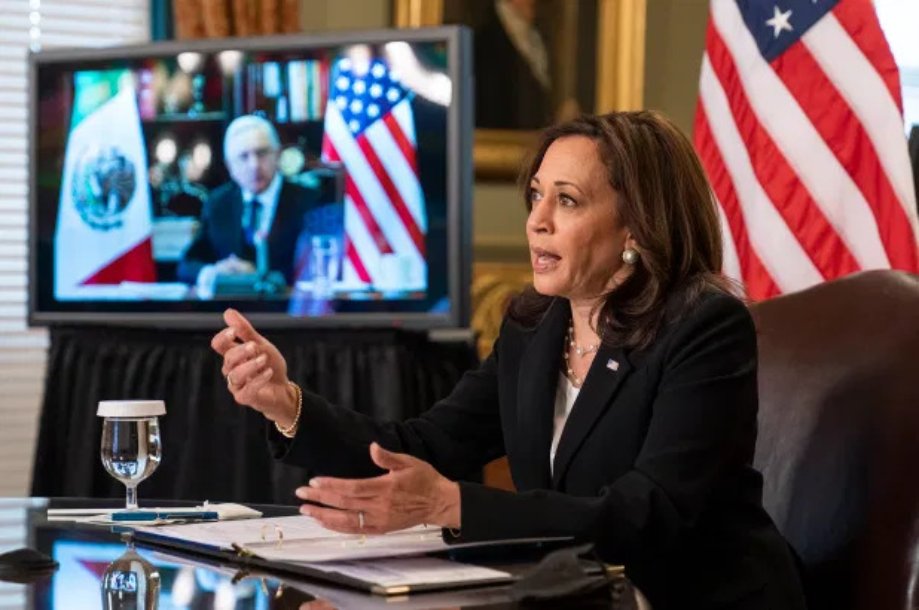 BREAKING NEWS – Washington, D.C. – Vice President Kamala Harris on called for “immediate relief” for Northern Triangle countries in a “virtual” meeting with the Mexican president — part of her strategy to counter “root causes” of the migration crisis at the southern border.

“It is in our countries mutual interest to provide immediate relief to the Northern Triangle and to address the root causes of migration,” Harris told President Andrés Manuel López Obrador.

President Biden’s comment on the meeting had more than just a few people scratching their heads. “Yes, I’ve known about that triangle for decades,” he began. “Airplanes and ships have vanished there without a trace. I think the problem can get solved by changing the triangle into a circle or a rectangle. That’s why I plan on calling a meeting for the best geometry teachers in America to work on the problem. That’s the difference between me and the former administration, they never thought outside the box.”