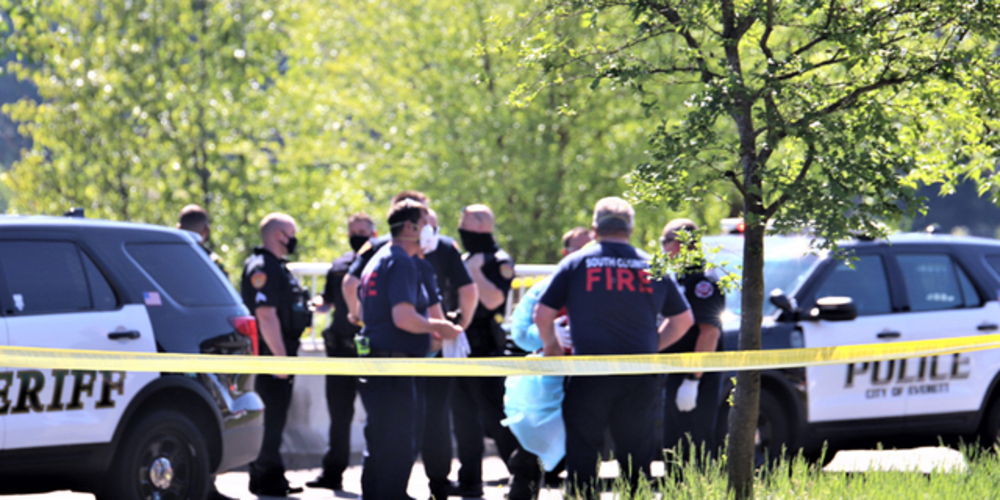 BREAKING NEWS – Everett, Washington – A Washington state man used our second amendment to step in and save his neighbors from a man that police say was going on a violent rampage armed with a metal baton.

The arriving officers discovered a male in his early 30s who had been shot, Everett police said. He was later taken to a local hospital where he died from his injuries.

Witnesses told police the man was walking his dog around the Silver Lake neighborhood when he started yelling and became aggressive towards people – including a grandmother and her young granddaughter.

Several bystanders tried to intervene but the man pepper sprayed them and struck them with a metal baton, police said. One of the interveners was armed and shot the man twice.

The ACLU was outraged at the lethal force that was used. “There was no justification for this shooting,” said president of the ACLU Susan N. Herman. “The only possible excuse for shooting someone under these circumstances, is for the man with the baton to have bashed in at least two skulls and was going after a third. Instead, what should’ve happened, was the people that were pepper sprayed and were temporarily blinded, should’ve felt their way home, waited until the burning and stinging sensation went away and their vision returned, and then reflect on what kind words they could’ve said to the man with the baton to deescalate the situation, who was guilty of nothing more than having a bad day.”