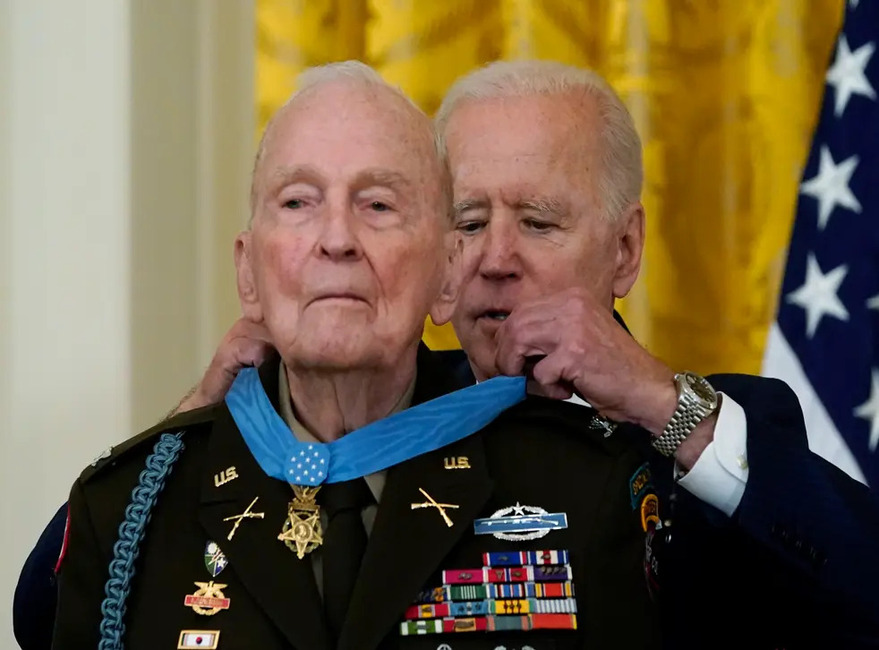 BREAKING NEWS – Washington, D.C. – President Joe Biden awarded his first Medal of Honor this week to a retired colonel for acts of bravery during the Korean War.

Biden bestowed the nation’s most prestigious military honor on retired Col. Ralph Puckett Jr., who held Hill 205, a strategic position near Unsan, over two days in November 1950 while fighting off numerous attacks during the battle in which he endured multiple wounds.

“I was hoping President Moon would apologize for his nation attacking Pearl Harbor in 1941,” Biden stated after the ceremony. “When South Korea joined forces with Great Britain in World War II to challenge the United States, our military taught them a lesson. They should’ve remained neutral back then, like Switzerland and Germany.”