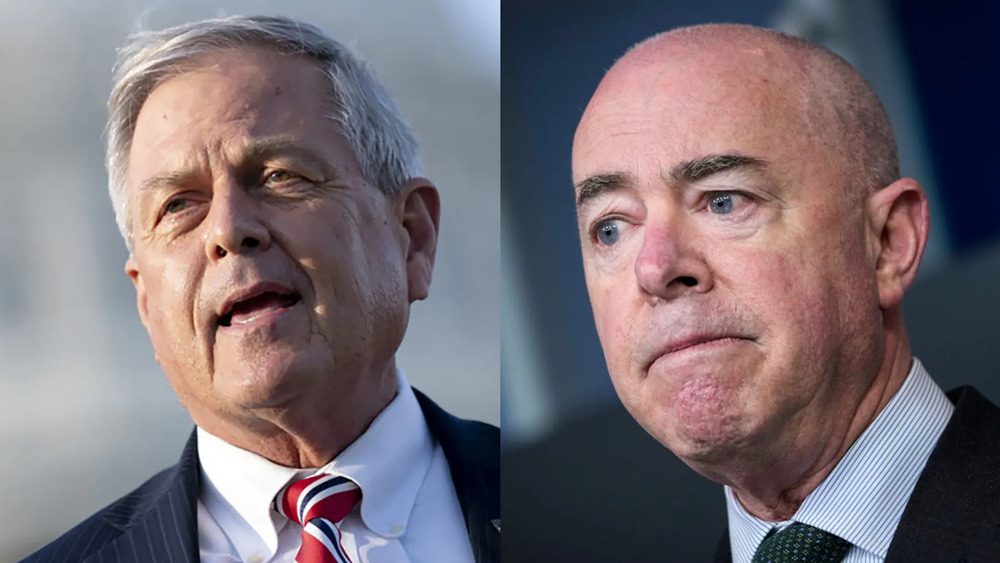 BREAKING NEWS – Washington, D.C. – A Republican congressman from South Carolina wasn’t standing for it on Capitol Hill on Thursday when Homeland Security Secretary Alejandro Mayorkas tried to defend Vice President Kamala Harris regarding her absence from the U.S.-Mexico border region.

Mayorkas insisted that Harris has faced “quite unfair” criticism for not visiting the border region in nearly three months as President Biden’s point person on the migrant crisis.

“But she’s laughing at it!” U.S. Rep. Ralph Norman, a member of the House Homeland Security Committee, fired back, according to Mediaite.com, apparently referring to March remarks in which Harris appeared to brush off criticism against her.

“She said she’ll go, but only if the reporters promise not to ask her any questions while she’s there, or bring the subject up at all when she comes back,” explained Mayorkas.

Norman contined to press him. “Suppose one of the immigrants being held there asks her something?”

Mayorkas quickly responded. “She already stated that she does not speak Spanish, so she said she’ll respectfully walk pass them like they didn’t exist, rather than to listen to a complaint that she doesn’t want to hear, being translated.”