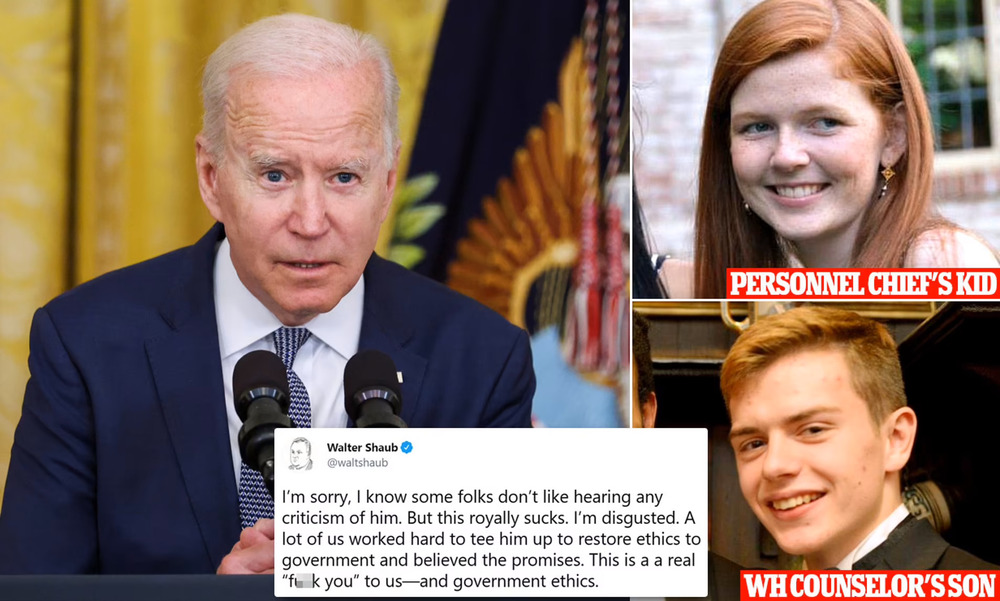 BREAKING NEWS – Washington, D.C. – Walter Shaub, the director of the United States Office of Government Ethics under President Obama, said the Biden administration is sending a “f— you” to ethics experts by hiring so many relatives of senior White House officials.

The White House defended the hiring practices in a statement on Friday, claiming that Biden has implemented the strictest ethics standards to ever hit the executive branch.

“The president has instituted the highest ethical standards of anyone to ever hold this office,” deputy White House press secretary Andrew Bates told The Washington Post. “And he’s proud to have staffed the most diverse administration in American history with well-qualified public servants who reflect his values.”

“Would the President be ok with if the next republican president did the the exact same thing?” asked the Washington Post.

“Yes, he would be fine with it,” answered Bates. “As long as President Biden has the final say on who gets hired, and anything short of that he would find extremely objectionable troubling.”