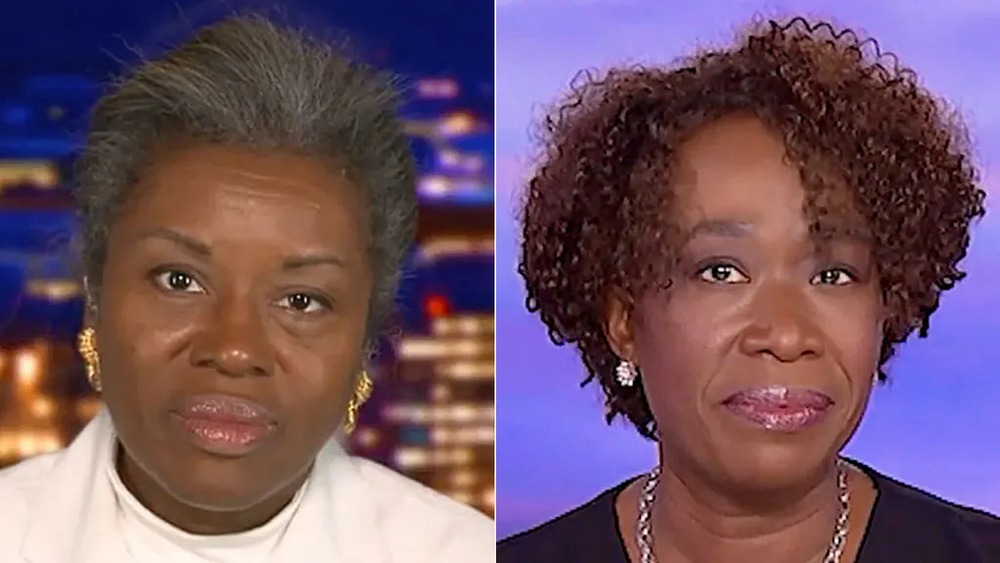 “You have to be willing to vocalize that these Republicans are dangerous,” Reid said. “That this isn’t a party that’s just another political party that disagrees with us on tax policy. That at this point, they’re dangerous. They’re dangerous to our national security, because stoking that kind of soft, White nationalism eventually leads to the hardcore stuff.”

“I wish Joy Reid would invite me on her show,” Sears said on “The Story” after hearing Reid’s remarks. “Let’s see if she’s woman enough to do that. I’d go in a heartbeat.”

“I will debate her under certain ground rules,” explained Reid in a response. “She cannot comment on my journalistic biases, MSNBC’s double standards, and absolutely no references to moral standards that are taught in the bible. Other than those three things, I’m good to go.”