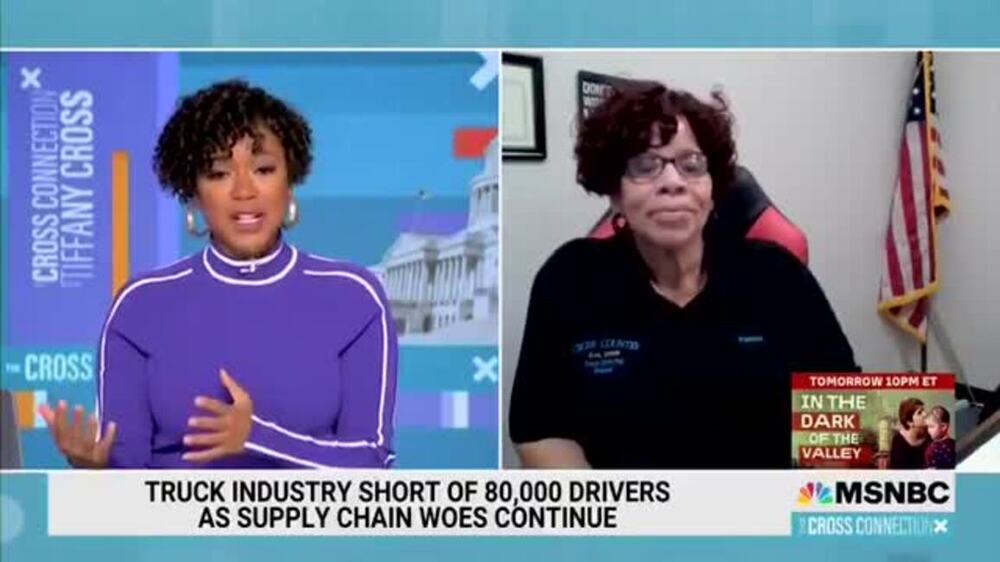 Cross, who is the author of Say It Louder! Black Voters, said Sunday on Cross Connection that she is worried because her brother is a truck driver. She said it “feels like a dangerous industry.”

Cross questioned her guest, CrossCountry Truck Driving School owner and president Pamela Day, about how the industry can become more “welcoming” to drivers of color.

“This is an industry populated by a lot of white men over the age of 55,” Cross said. “This group of people overwhelmingly voted for Trump. Some people have talked about aggressive truck drivers cutting them off or not being helpful.”

“What about democratic truck drivers that cut people off?” asked Day.

“If that ever happens, and I doubt it,” answered Cross, “it would be because some republican driver cut them off within the past couple of miles, and they are understandably venting their frustration.”