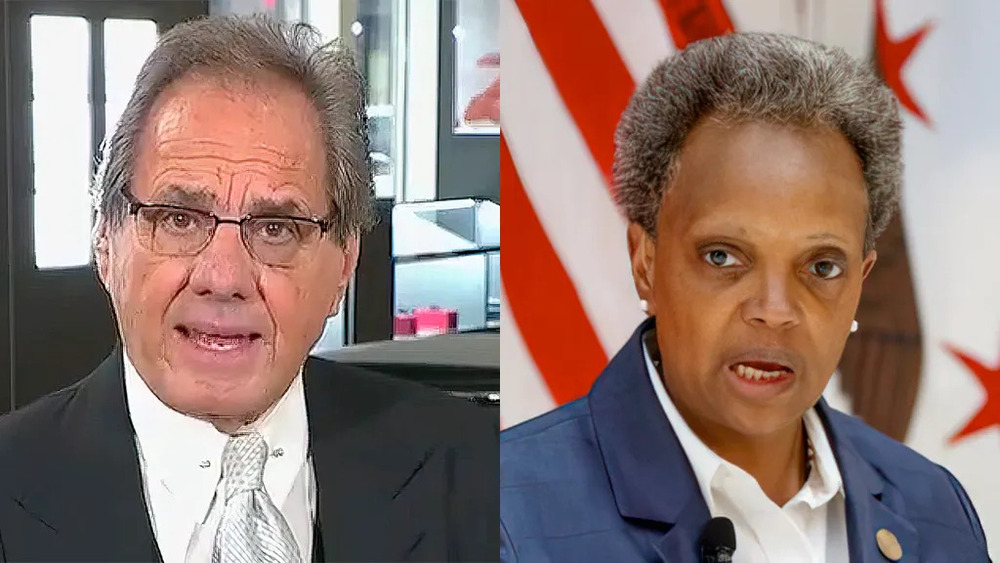 BREAKING NEWS – Chicago, Illinois – Chicago Mayor Lori Lightfoot allegedly called the owner of a high-end exotic car dealership an “idiot” during a heated meeting after the store was targeted in an armed smash-and-grab robbery, according to a report.

Lightfoot allegedly “got into a fight and walked out” of Gold Coast Exotic Motor Cars during a meeting with store owner Joe Perillo, according to sources who spoke to CWB Chicago.

“It’s his own fault he was robbed!” Lightfoot exclaimed at a press conference later that day. “Maybe he wouldn’t have gotten ripped off, if he lowered the prices of some of those very expensive vehicles, had better warranties, or maybe give a car away every now and then to a career criminal, as a show of good faith to improve customer relations.”