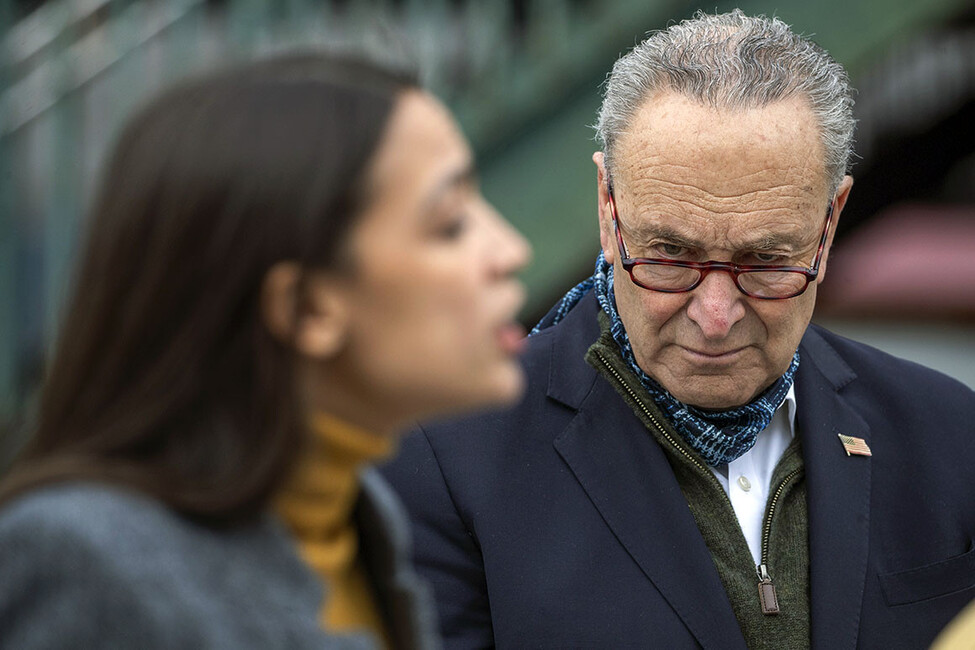 In an editorial, the board argued his citing of Georgia’s election laws as a tool of voter suppression “didn’t survive cursory inspection,” and were part of him “desperately” trying to avoid a primary challenge by “Squad” member Rep. Alexandria Ocasio-Cortez, D-N.Y., for his Senate seat.

“It’d be nice to think Mr. Schumer is merely uninformed, but he’s too smart not to know all this. He’s desperately trying to dodge a primary from Rep. Alexandria Ocasio-Cortez,” the board wrote.

An anonymous staffer that works for Schumer confirmed the WSJ’s allegation.

“He’s terrified at the thought of running against AOC,” the source said. “That would explain why anytime someone would bring up her name, he would spontaneously urinate in his Depends.”