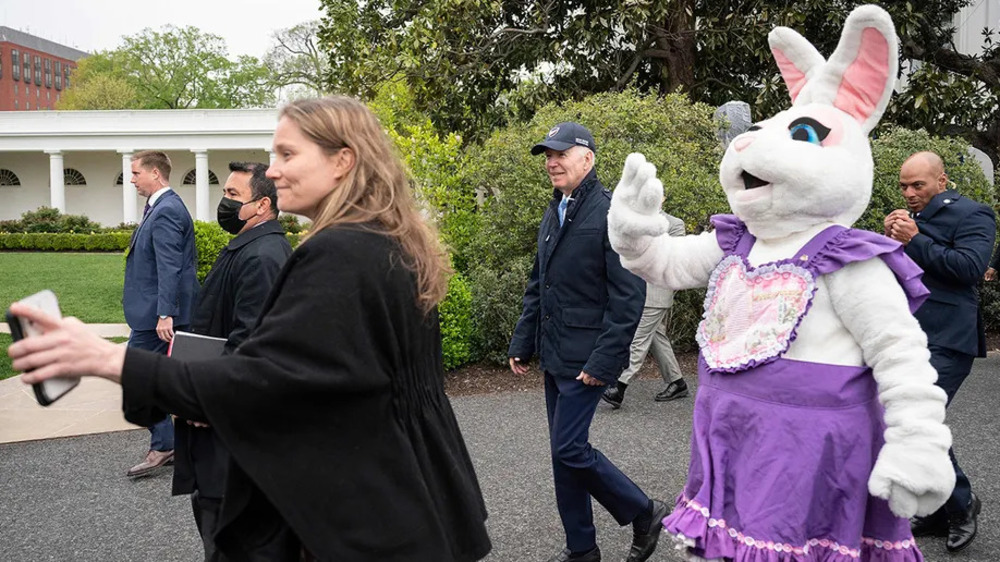 BREAKING NEWS – Washington, D.C. – As the White House Easter Egg Roll was underway, Biden could be seen off to the side talking to a reporter.

“Pakistan should not, and Afghanistan should be…” President Biden can be heard saying before the “Easter Bunny” approaches.

“Oh, the Easter Bunny!” someone can be heard saying off-camera.

Biden immediately dropped to his knees and began praying to the rabbit. He later stated that he believes in the Easter Bunny, which he said falls under the First Amendment right to worship as he pleases. And to pout it in a historical context, he said that’s why the pilgrims left England in 1620 and landed in San Diego.