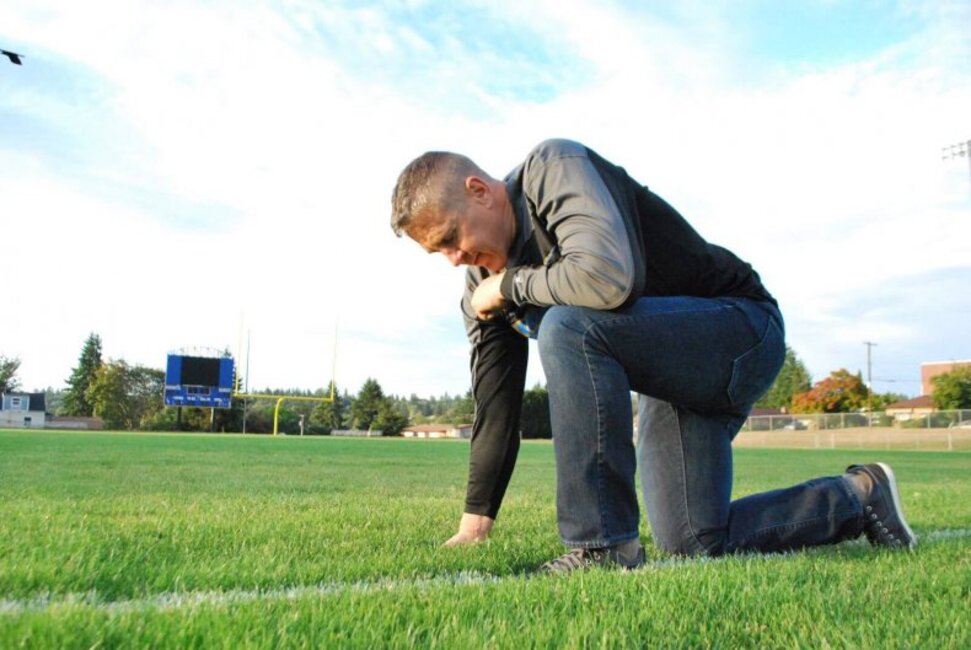 BREAKING NEWS – Los Angeles, California – An op-ed in The Los Angeles Times slammed former high school football coach Joe Kennedy who was fired in 2015 for refusing to halt his practice of praying on the 50-yard-line at the conclusion of each game.

In the piece, headlined, ‘Jesus said to pray in a ‘closet,’ not on the 50-yard line,’ liberal university professor and Episcopal priest Randall Balmer lamented the idea that the court could side with Kennedy, who has undergone a years-long court battle against the Bremerton, Washington, school district over his firing and seemed to claim that prayer should only be done in private.

“I’m an Episcopal and I know biblical stuff,” explained Balmer. “There shouldn’t be any prayers on a football field, because if a praying team wins, the losing team has every right to say God helped their opponents, which means there was too many players on the field… and that’s cheating!”