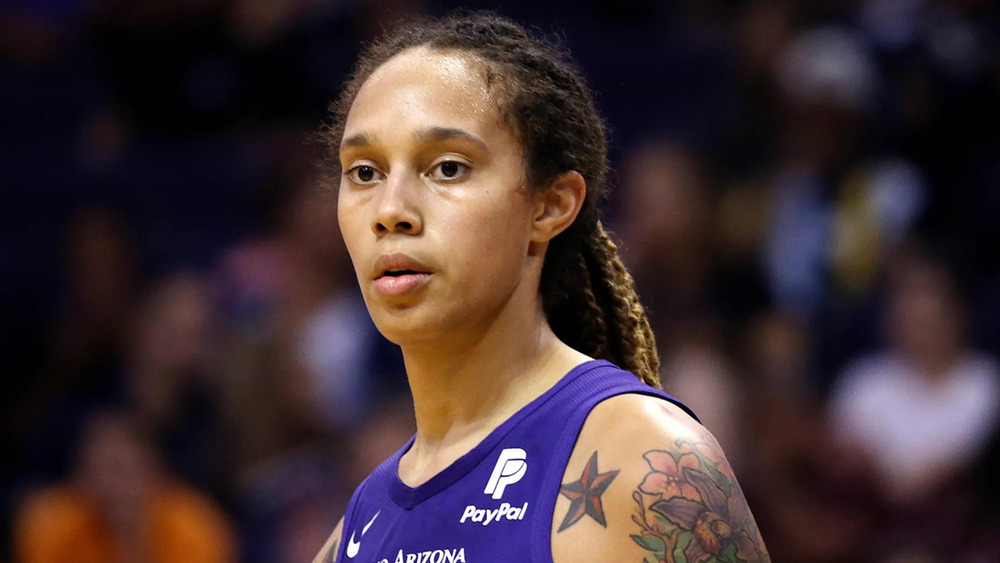 BREAKING NEWS – Moscow, Russia – WNBA star Brittney Griner made her first public appearance in a Russian courtroom since she was arrested in February for allegedly trying to carry vape cartridges containing oils derived from cannabis through an airport.

The 6-foot-9 center for the Phoenix Mercury was seen in handcuffs wearing an orange hoodie with her hood over her head. Griner’s pre-trial extension was extended for one month. She was set to have her first hearing over the allegations, which can carry a penalty of 10 years in prison.

Civil rights activist Al Sharpton, planned on attempting to get Griner released. But after he was informed his allegation that Russia regularly discriminated against extremely tall African American women was inaccurate, he changed he is mind. Sharpton was told he was also inaccurate when he stated “the inner city of Moscow had a large concentration of black people, similar to the numbers in Chicago, Los Angeles, and Detroit.”