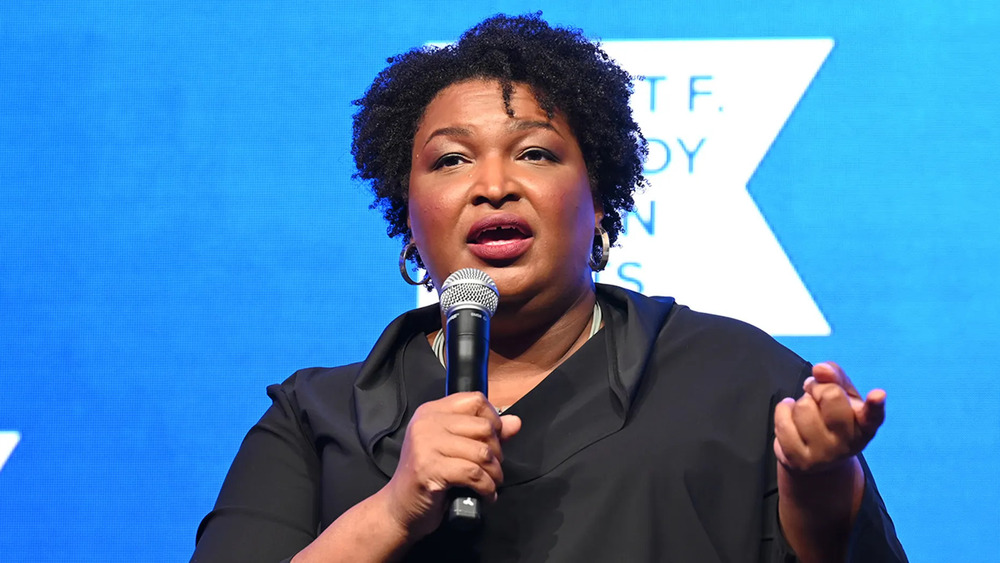 BREAKING NEWS – Atlanta, Georgia – Stacey Abrams serves as a board member and governor of a UPS family foundation that has repeatedly voiced support for defunding and abolishing the police.

Abrams, who is taking another shot at running for Georgia governor, has tried to distance herself from the hardline rhetoric of the #DefundThePolice movement in the past. State filings show, however, that she’s still listed as a board member and governing person at the Seattle-based Marguerite Casey Foundation, which tweeted #DefundThePolice as recently as March of this year and #AbolishThePolice as recently as February.

“After careful consideration, I have a new perspective regarding the police,” explained Abrams. “I want to remove all the police in Georgia, and then deputize every citizen in the entire state. This will allow everyone to carry a gun, and every person gets a free squad car. I think my well thought out solution resolves the crime problem, because there won’t be any civilians to arrest.”