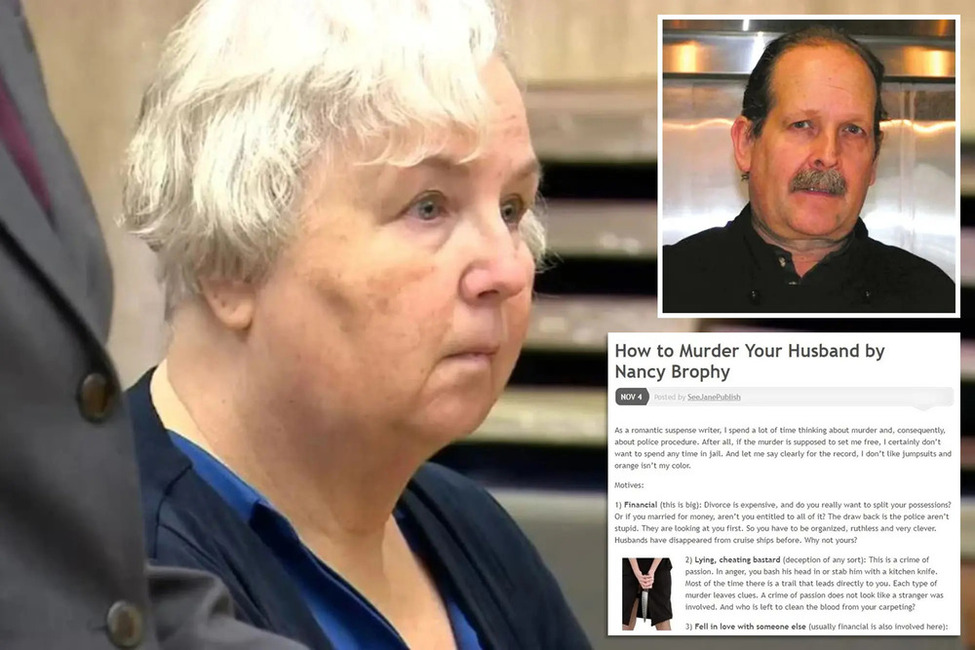 BREAKING NEWS – Portland, Oregon – Nancy Crampton Brophy, a romance novelist who once wrote an essay titled “How to Kill Your Husband,” was found guilty of second-degree murder for fatally shooting her husband in 2018.

Daniel Brophy, a chef and instructor, was found dead on June 2 inside the Oregon Culinary Institute where he worked. Crampton Brophy was arrested three months later, and remained bars ever since. Prosecutors presented evidence to the jury showing Nancy acquired gun pieces in the months leading up to her husband’s death, including an item that wouldn’t trace the bullets to the firearm used in the shooting.

As the evidence against her piled up, she appeared to have lost interested in her trial, but instead she continually watched the movie on her attorney’s cell phone, “Escape from Alcatraz”.