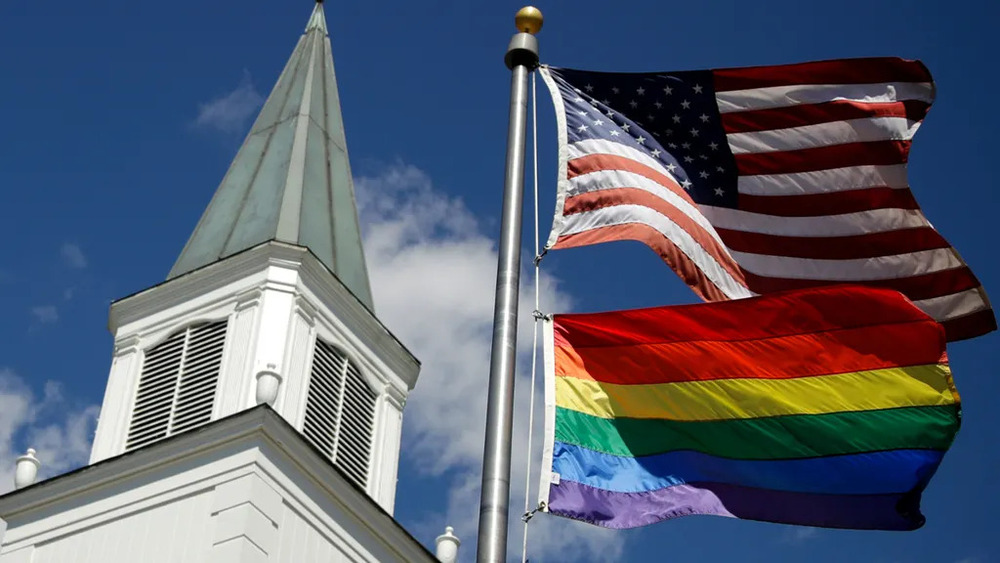 During a special session in 2019, the UMC adopted a disaffiliation agreement allowing churches to leave the denomination through the end of 2023 “for reasons of conscience regarding a change in the requirements and provisions of the Book of Discipline related to the practice of homosexuality or the ordination or marriage of self-avowed practicing homosexuals as resolved and adopted by the 2019 General Conference, or the actions or inactions of its annual conference related to these issues which follow.”

“Unfortunately, there are misguided Christians in this state that gives way too much credibility to the teachings in the bible,” stated the United Methodist Churches who sees nothing wrong with homosexuality. “Of course we believe in God, we just don’t believe He has the final authority on moral teachings. We base it on the fact that He has been around forever, which means His belief system is outdated and old fashioned. We live in modern times, and if He can’t adjust, that’s on Him, not us. We have no idea why so many Christians thinks that God has the whole world in His hands.”