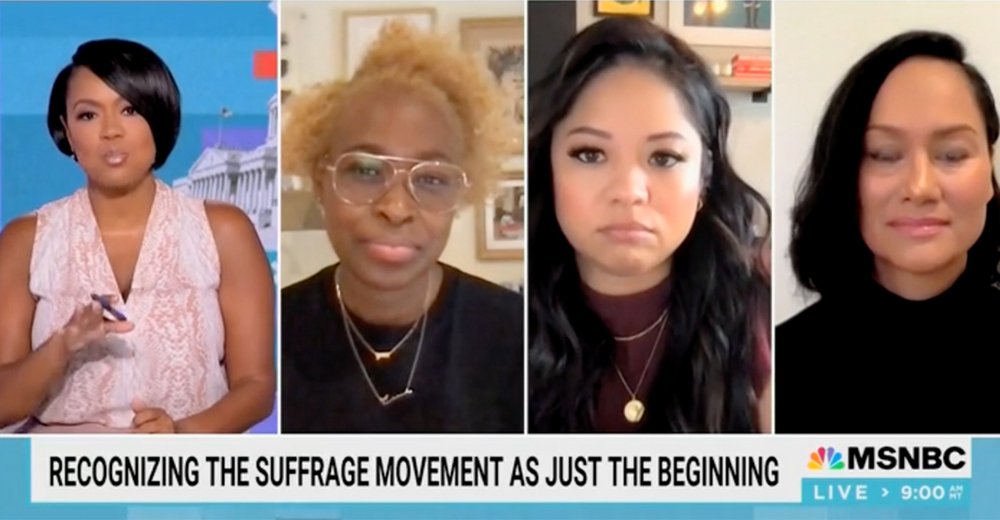 BREAKING NEWS – New York City, New York – During a recent episode of MSNBC’s The Cross Connection with Tiffany Cross, guest panelist Errin Haines complained that ‘White men’ continue to block women’s ‘access to the ballot and our liberty as citizens.’

In light of that, Cross asked Haines, an MSNBC contributor and editor-at-large for the feminist website The 19th, “What would you say is the biggest challenge facing women today?”

She minced no words, telling the MSNBC host that “White men” are the biggest threat facing women today.

“At almost voting location, there is a white man standing in front of the booth asking white women if they got permission from their husbands or fathers to vote!” Haines angrily stated. “And if the woman is black, we are asked to produce our Mississippi travelling papers to prove that we were allowed to legally leave the southern state. People may say that violent black men are a threat to black women too, but I say numbers don’t lie. Black men are busy killing each other in record numbers, which is no concern of mine in an election year.”