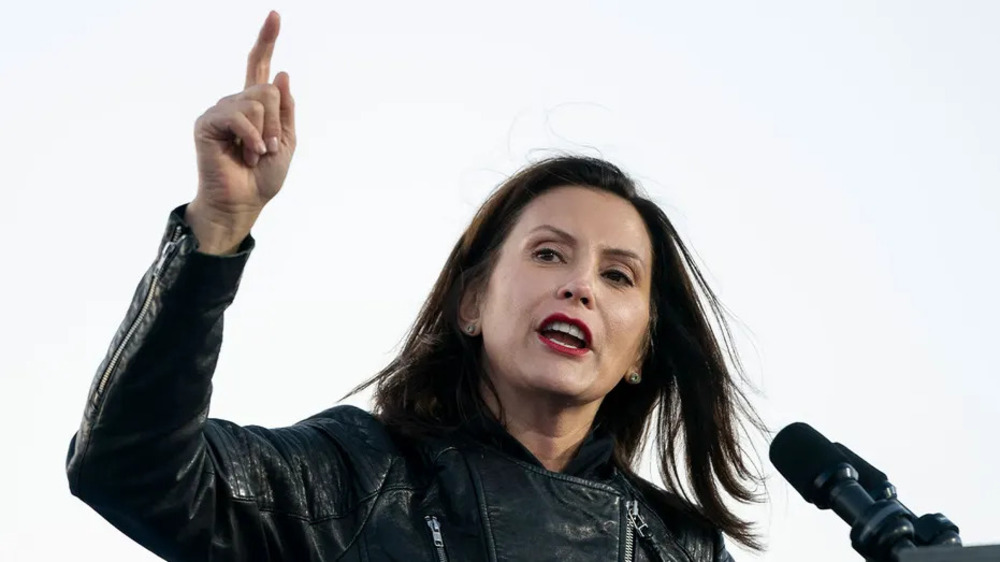 BREAKING NEWS – Lansing, Michigan – Republican campaigns in the race to be Michigan’s next governor are blasting Democrat Gov. Gretchen Whitmer for referring to women as “menstruating people” during a recent Zoom event put on by the state’s Democratic Party.

Whitmer made the comments after being asked a question about a proposed amendment to the Michigan state constitution protecting access to abortion for its citizens should the Supreme Court overturn Roe v. Wade.

“Number one: I have the constitutional ability to bring a lawsuit to protect constitutional rights of people of Michigan,” stated Whitmer. “So I brought a lawsuit on behalf of all the menstruating people in Michigan.”

When asked if she was going to refer to women in Michigan as “menstruating people”, what will she refer to men as? She responded, “I will refer to men, as people with sperm storage containers that sways when they walk.”