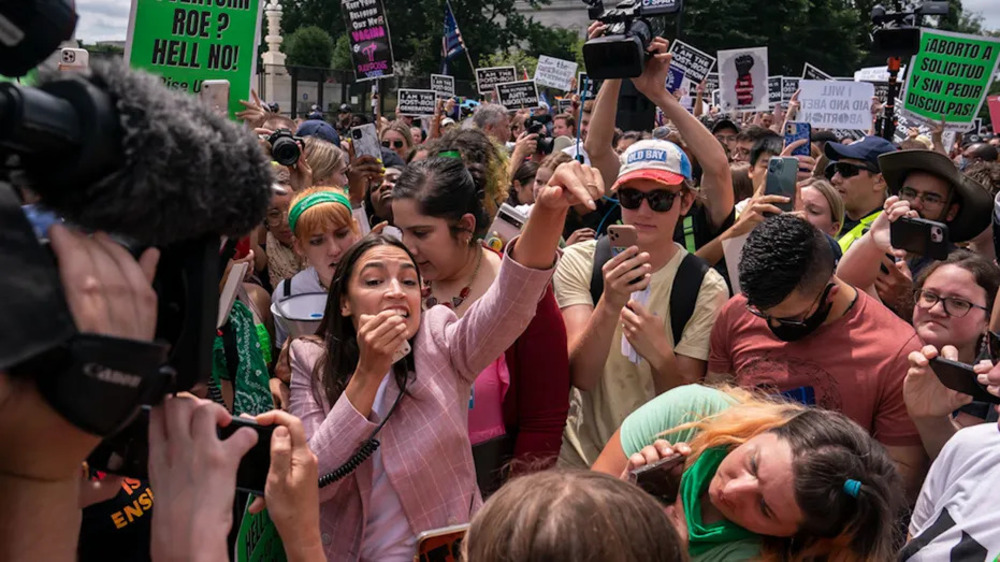 “What the Supreme Court did was wrong!” Ocasio-Cortez shouted as the crowd cheered her on. “This country needs new leadership and I am that leader!” She then pointed to several people in the crowd. “I will be your queen, so hoist me up and carry to my thrown at the White House you insignificant peasants!”