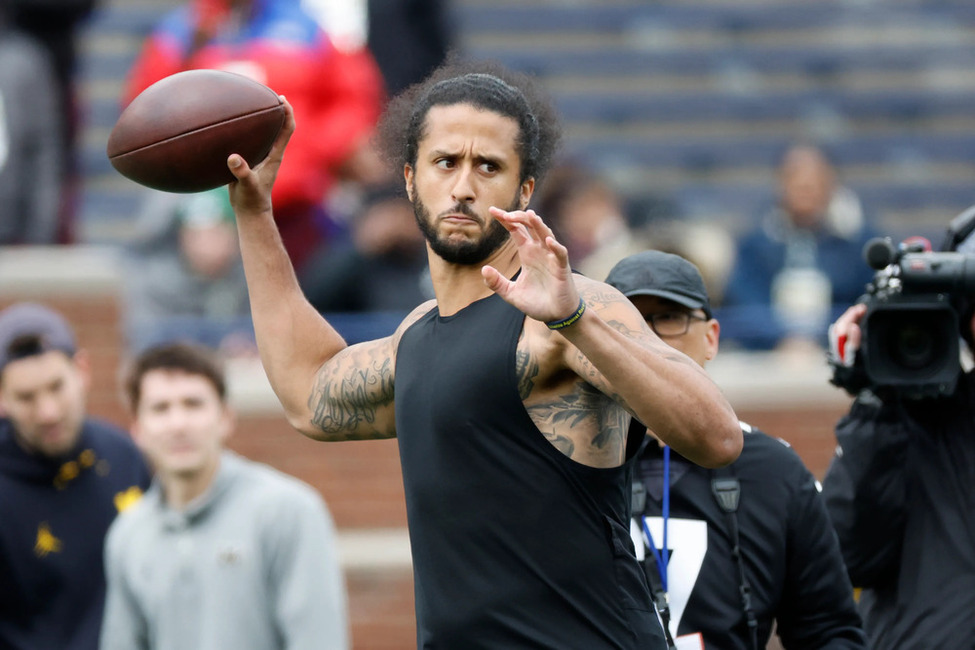 BREAKING NEWS – Las Vegas, Nevada – The Las Vegas Raiders have flirted with signing Colin Kaepernick to back up Derek Carr for the 2022 season.

Kaepernick worked out with the Raiders last month, and it appeared an NFL comeback was imminent. The Raiders were reportedly impressed with his arm strength and conditioning, and the team considered the workout a “positive” sign.

But former NFL star Warren Sapp tells a different story. Sapp said in an interview with Vlad TV he heard the workout was a “disaster.”

“I heard one of the worst workouts ever. I’m wondering how the hell this happened and the tape didn’t get out, right? I mean, somebody wasn’t over the fence or nothing? Come on, man,” stated Sapp.

Kaepernick’s agent responded to Sapp’s allegation. “I believe the workout went great,” he began. “And I don’t think it was a disaster, simply because Kaepernick didn’t complete a single pass. People who focus on that, have an unhealthy obsession with accuracy. Besides, if he does play again, any white defensive player that sacks him will hopefully be labeled as a racist, and any blacks that tackles him will be labeled as race traitor or an athletic Uncle Tom.”