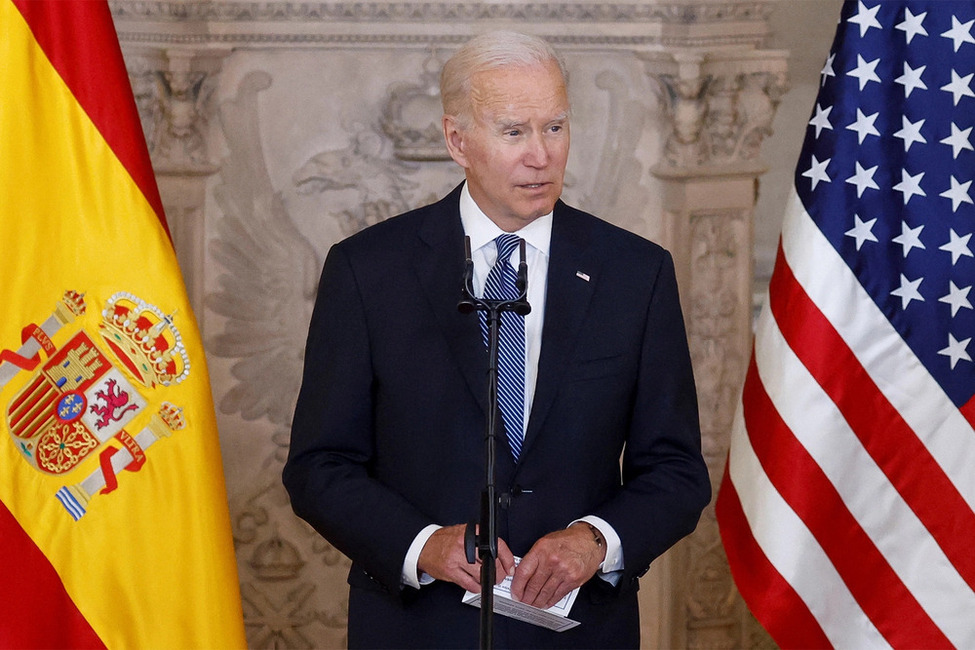 Biden answered several questions from a pre-determined list of reporters during a press conference in Madrid, Spain, following the NATO Summit before he said, “Alright guys,” and attempted to wrap things up. Multiple reporters still wanted to ask questions, and someone in the crowd promised to be quick, but Biden shut it down nonetheless.

“There’s no such thing as a quick one. I’m out of here,” Biden said as he walked away from the podium as numerous reporters had their hands raised. “I will say thus as he stopped briefly and addressed the press. “You people want to know if I am going to build a wall on the U.S. northern border where America is geographically connected to Spain. The answer is, I will talk to my advisers and consider my options.”