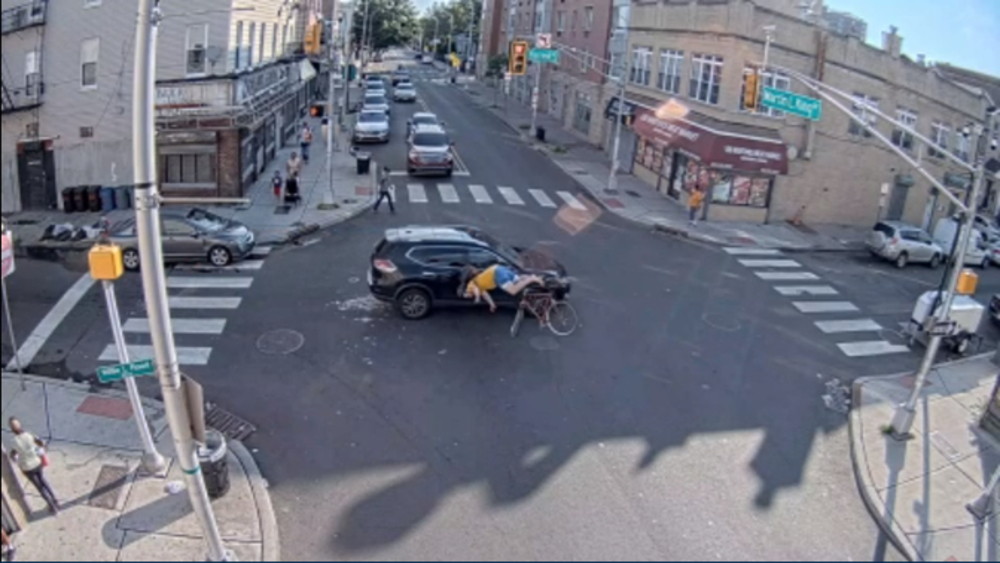 Shocking video shows the moments a New Jersey councilwoman allegedly plowed down bicyclist Andrew Black while speeding through an intersection and kept going in an apparent hit-and-run accident. She later blamed Black for riding a cheap bike that caused him not to get out of her way fast enough, and that she should not be held responsible because he didn’t buy a Schwinn.