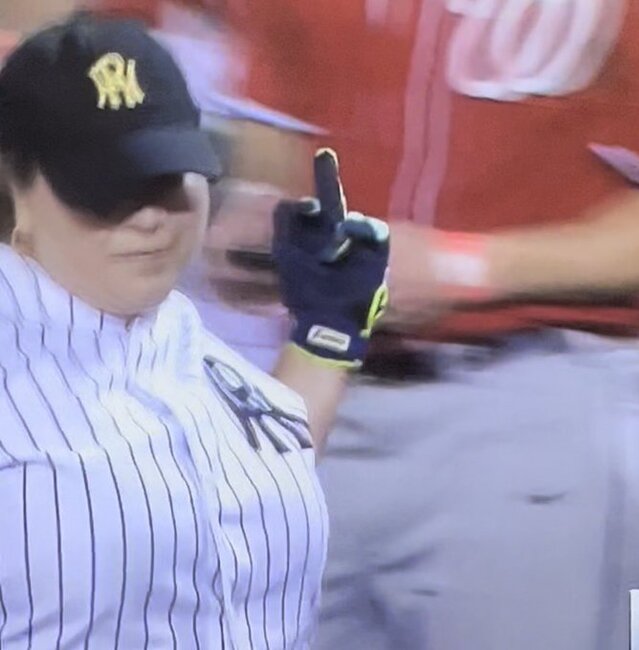 BREAKING NEWS – Washington, D.C. – The Republicans won 10-0, earning back-to-back victories in the annual game. It was all for charity, but tensions were still high during the annual Congressional Baseball Game.

Rep. Linda Sanchez, D-Calif., displayed poor sportsmanship during the 87th installment of the game when she was seen flipping off the Republican dugout during the sixth inning with the Democrats trailing by five runs.

After a lead-off walk, Sanchez was pulled for a pinch runner, but while making her way back to the dugout, she looked back at her fellow lawmakers on the opposing side of the aisle before making the offensive gesture.

“I knew from the outset that the republicans had a much better team than ours,” she began. “So as I was walking back, I respectfully asked them to redistribute the runs so we would each have an equal amount, and then the game would’ve ended as a tie, 5 to 5. They denied my request, which publicly displayed their selfishness, insensitivity, and outright greed!”