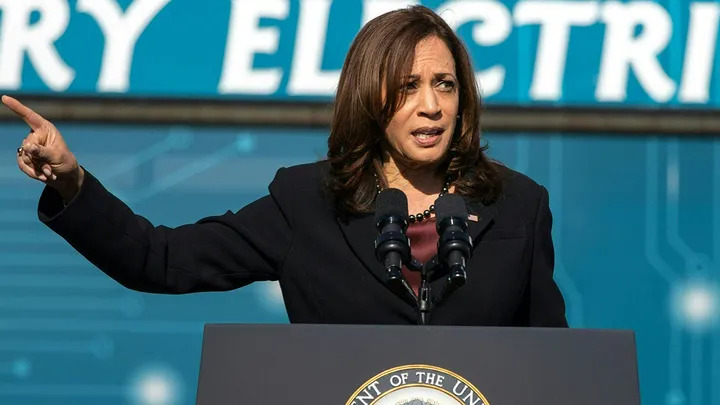 BREAKING NEWS – New York City, New York – ABC’s Jonathan Karl and Yvette Simpson, Democracy for American CEO, said during “This Week” that Vice President Kamala Harris was not next in line for the Democratic nomination if President Biden decides not to run in 2024.

Host George Stephanopoulos noted the “grumblings” coming from the Democrat Party about Biden running again as his approval remains in the 30s.

Simpson said that Harris “should be” but that she should feel “empowered.”

“She’s powerful, she’s young, she’s able to get the energy, but we have not seen her strong and I don’t know why the Biden administration didn’t position her that way,” Simpson explained. “She might have a chance of winning if people can get passed how stupid she is. So far, she’s done an excellent job at dodging all questions on every subject from the press. If she can continue her bobbing and weaving, and/or rent out the basement that the democrats locked President Biden in for most of 2020, she might be able continue the policies of the current imbecile until 2028.”