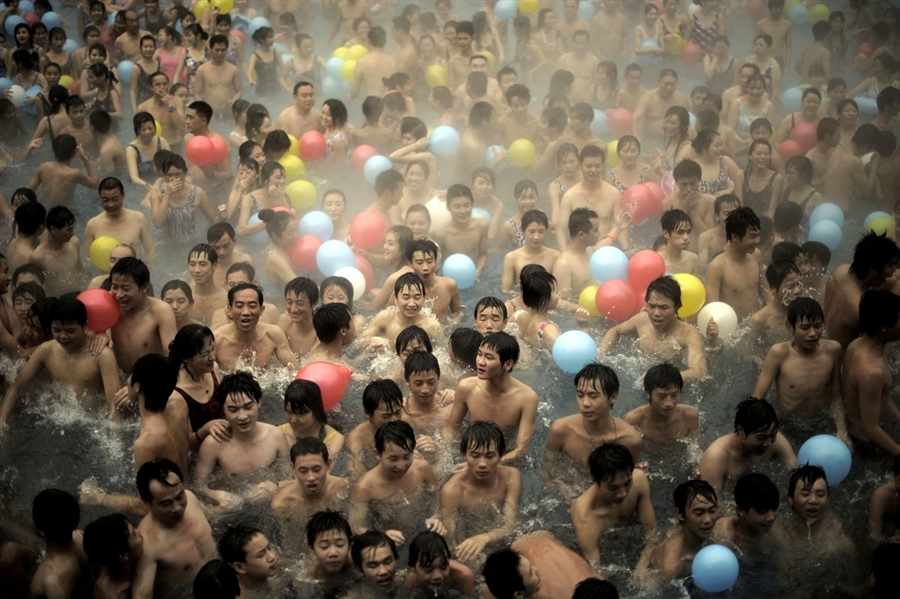 BREAKING NEWS – Chongqing, China – Hundreds of  Chinese were injured shortly after 14,345 of them attempted to set a new Guinness Book of World Records for the most people in a hot spring in southwest China. A stampede immediately erupted after an unfounded rumor began to circulate in the crowd, that they were actually being slowly boiled alive to be served at a large picnic for some local wealthy cannibals.