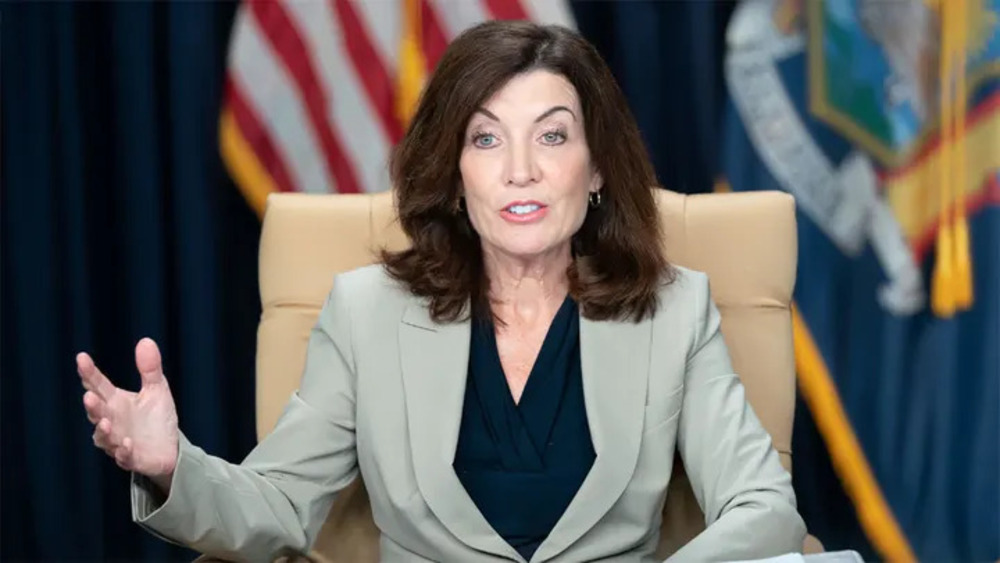 BREAKING NEWS – Albany, New York – Democratic New York Gov. Kathy Hochul declared at an event celebrating the implementation of stricter gun laws that the “theory” of “a good guy with a gun” stopping “bad guys” with guns is over in the Empire State.

“This whole concept that a good guy with a gun will stop the bad guys with a gun, it doesn’t hold up,” explained Hochul. “Bad guys aren’t stopped by guns, they are stopped through reasoning. Such as, explaining to thief that’s pointing a gun at you, how destructive bullets are, and how hot lead rips open flesh that may require surgery. And when guilt overwhelms the robber, you walk away feeling proud knowing that a well articulated argument can stop a criminal in his tracks!”