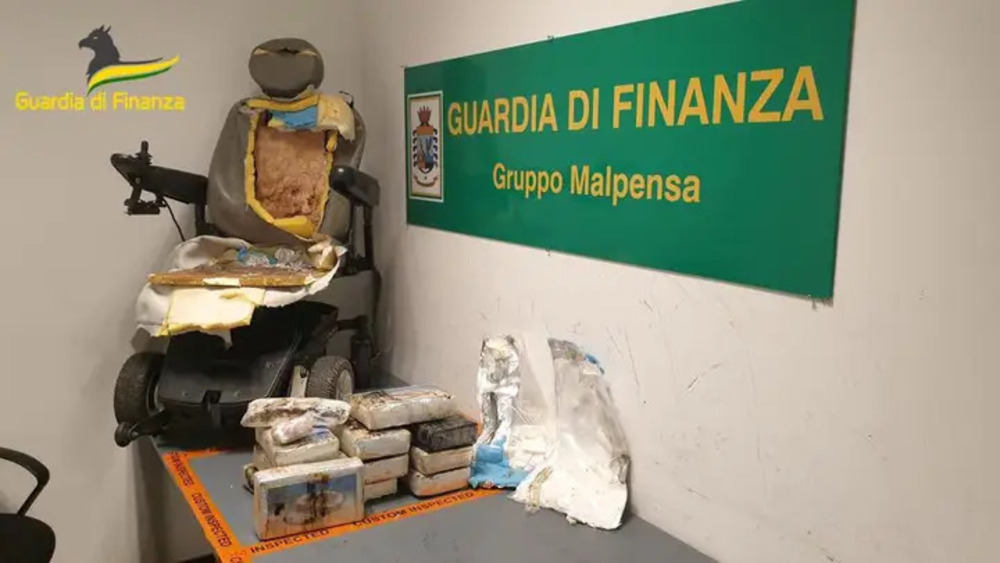 BREAKING NEWS – Milan, Italy – A drug-sniffing dog led police at a Milan airport to find some 13 kilograms (approximately 30 pounds) of cocaine stuffed into the leather upholstery of a motorized wheelchair, whose user immediately stood up and was arrested, authorities said.

When a dog drew officers’ awareness to the traveler, police first checked his luggage, which yielded nothing, but discovered the drugs after cutting open the wheelchair upholstery.

The lawyer for the passenger that was arrested, said this is a clear case of discrimination toward handicapped people… that are also in the Mafia.