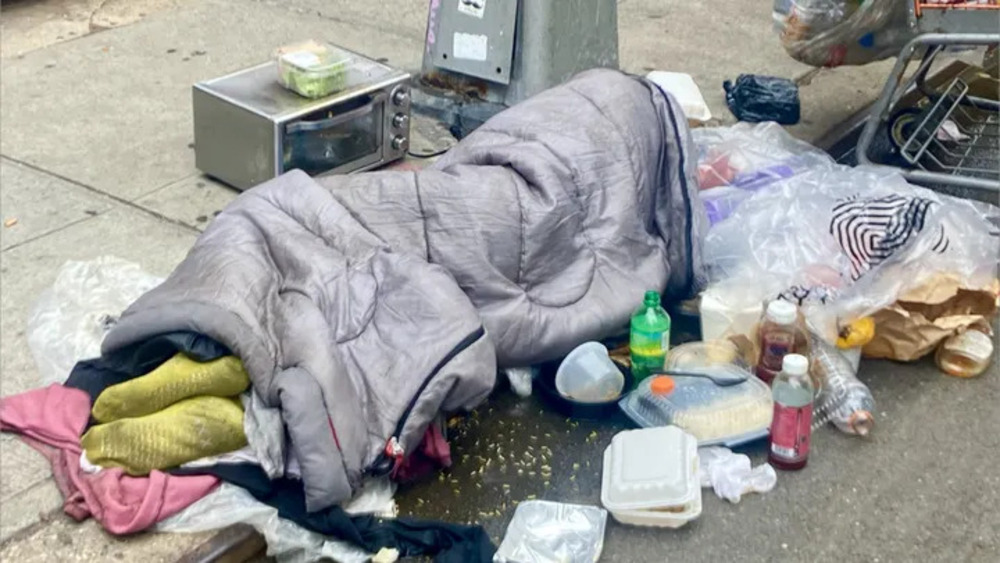 The humanitarian crisis of homelessness festers in broad daylight today just steps from the tourist-packed heart of Manhattan.

One man slept on a sidewalk in the rain with trash, food and filth littered around him on West 43rd Street this past Sunday morning, exactly two blocks from where New York City drops its iconic New Year’s Eve ball in Times Square.

A toaster oven sat next to the man, which he apparently used to heat his food on the sidewalk by plugging it into a light pole. New York City utility poles have an accessible box at the bottom, which contains ordinary household electrical sockets.

“These people aren’t a threat to anyone,” explained Alexandria Ocasio-Cortez. “I have been to every major city in this nation, and I can honestly say, the Big Apple has some of the friendliest bums in the country.”