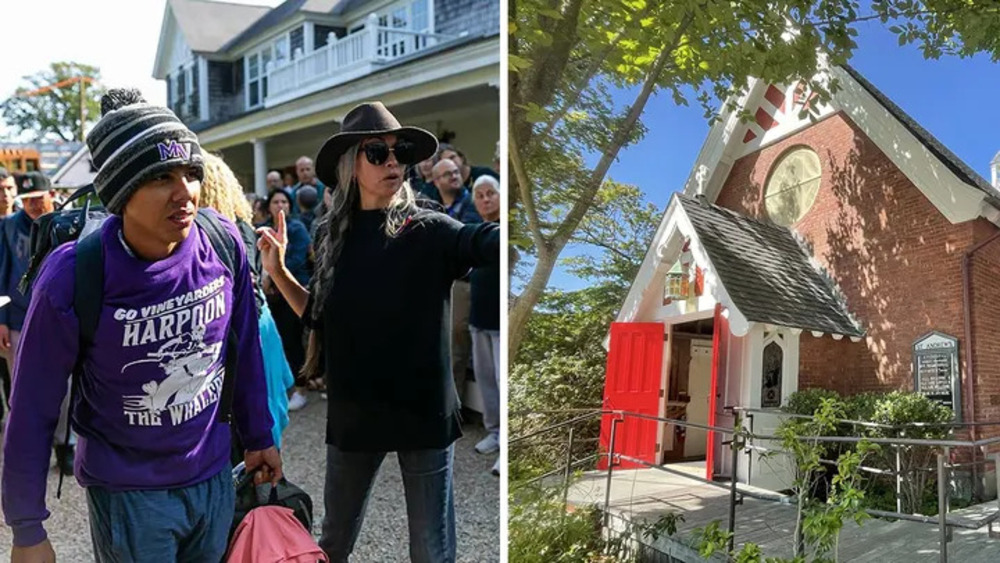 BREAKING NEWS – Martha’s Vineyard, Massachusetts – At least one group on Martha’s Vineyard rallied to aid the 50 migrants who touched down on the island for two nights — less than 48 hours all told — last week.

The unexpected visitors spent two nights taking shelter in the rectory hall of St. Andrew’s Episcopal Church in Edgartown, Mass., and were cared for by its members.

“There were people who needed help and the mission of our church is to help people in need, to do what Christians are supposed to do,” stated church warden Barbara Rush.

“So, our conscience is clear,” Rush stated. “This way we won’t feel guilty by not taking anymore. We’re having a prayer vigil, asking God to intervene, and for Him to stop republicans from sending people here. We also want the governors of Florida and Texas to reimburse us for the clothing we bought for the immigrants, the food they consumed, and two days worth of additional electricity we used that dramatically ran up our bill.”