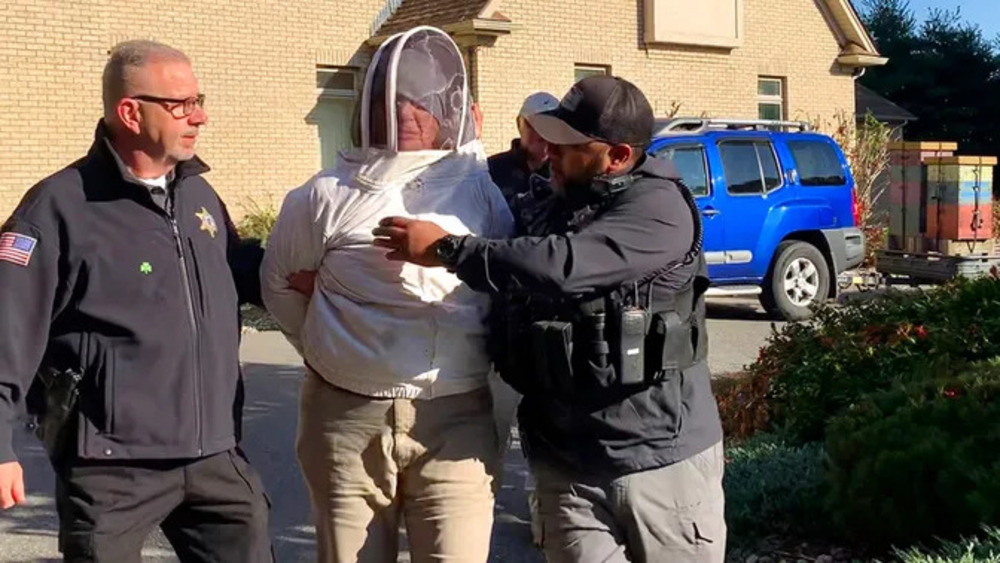 BREAKING NEWS – Longmeadow, Massachusetts – A Massachusetts woman is accused of unleashing a swarm of bees on sheriff’s deputies who were trying to service an eviction notice.

The chaotic situation unfolded Oct. 12 when Hampden County Sheriff’s Department deputies serving the notice were met with protesters outside the home.

Woods, who put on a beekeeper’s suit to protect herself, started “shaking” the hives and broke the cover off one, causing hundreds of bees to swarm out and initially sting one deputy, according to the report.

At her court hearing the judge ruled that she was insane, and ordered her to wear a straitjacket, but because she liked bees so much, he ordered that it should also be a yellow jacket.