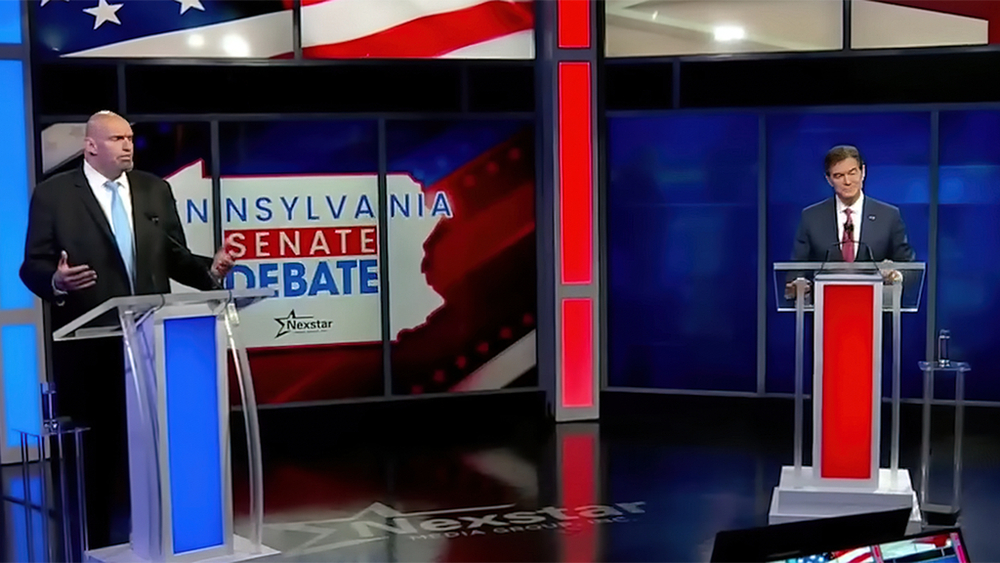 BREAKING NEWS – Harrisburg, Pennsylvania – Pennsylvania Senate candidate John Fetterman’s campaign is alleging that the closed captioning system used to assist the Democrat in a debate against Republican Dr. Mehmet Oz was slow and full of errors, a claim the debate host refutes.

“It is unfortunate that Mr. Fetterman is now criticizing the closed captioning process employed by Nexstar during tonight’s debate,” Nexstar communications chief Gary Weitman said in a statement. “Both candidates agreed to the technical set-up for the closed captioning process weeks ago, which was implemented at the request of the Fetterman campaign.’

Fetterman responded to Nexstar. “What they did, was improper and disrespectful,” he began. “When I made an inaccurate or moronic comment, they were suppose to fix it, or rewrite it to something that made me appear to be knowledgeable and intelligent. Instead, they quoted me word-for-word in closed caption, and now deaf people think I’m an idiot too.”