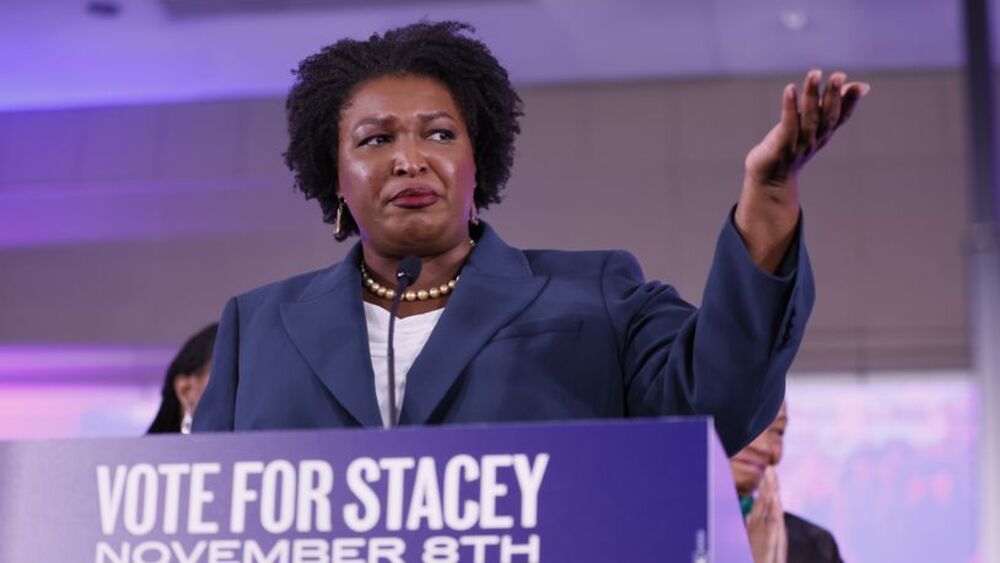 BREAKING NEWS – Atlanta, Georgia – Democratic challenger Stacey Abrams conceded to Georgia Gov. Brian Kemp in their rematch of their 2018 race. She called Kemp to concede and went on stage minutes later to congratulate the governor.

“Well, it looks like I lost again,” Abrams began. “And who’s fault is it? The answer is simple, Herschel Walker. If I had my way, he and every black man in Georgia that didn’t support me in the last election, would be flown out of this state and dropped off at their tribe in Africa, after an extensive DNA search determined what primitive village their ancestors live in.”