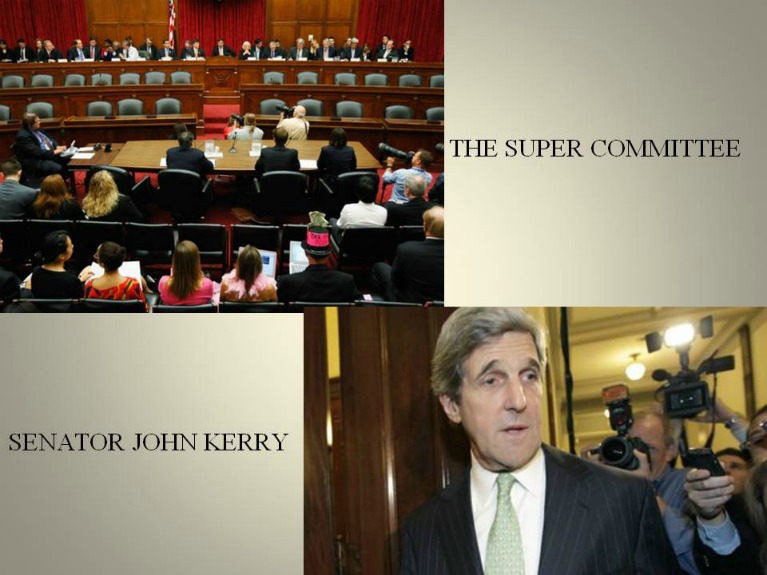 BREAKING NEWS – Washington, D.C. – The most prominent member of the Super Committee Senator John Kerry, explains why they did not reach an agreement on a deficit reduction. Kerry states that the 12 member Super Committee, which is comprised of six republicans and six democrats could not come to terms, because the republicans refused to compromise on tax cuts. He said he also blamed both parties of the 12 member team, for wasting too much time telling insensitive jokes about the strange shape of his head.