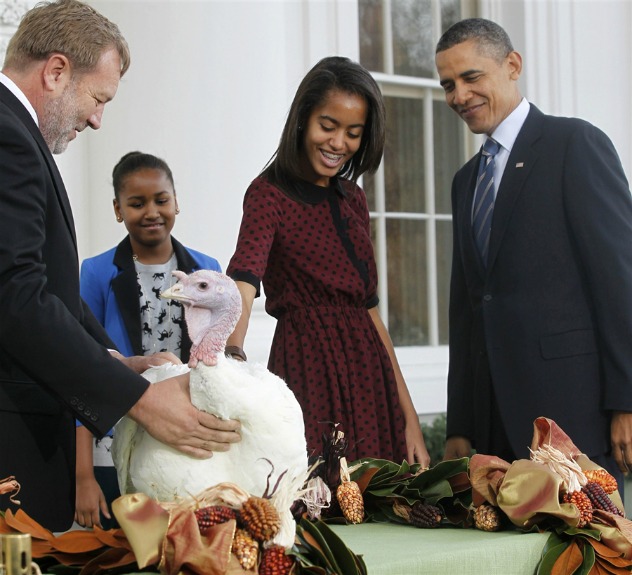 BREAKING NEWS – Washington, D.C. – President Obama and his two daughters are pictured giving a traditional Thanksgiving pardon to a 45 pound turkey named Liberty. Later that day under orders from Obama, the Secret Service stopped the vehicle that was transporting Liberty to her new home in Alexandria, Virginia, and had it returned to the White House. The confused turkey was then immediately cooked and served, because the President was informed that it had ties to conservatives and the republican party.