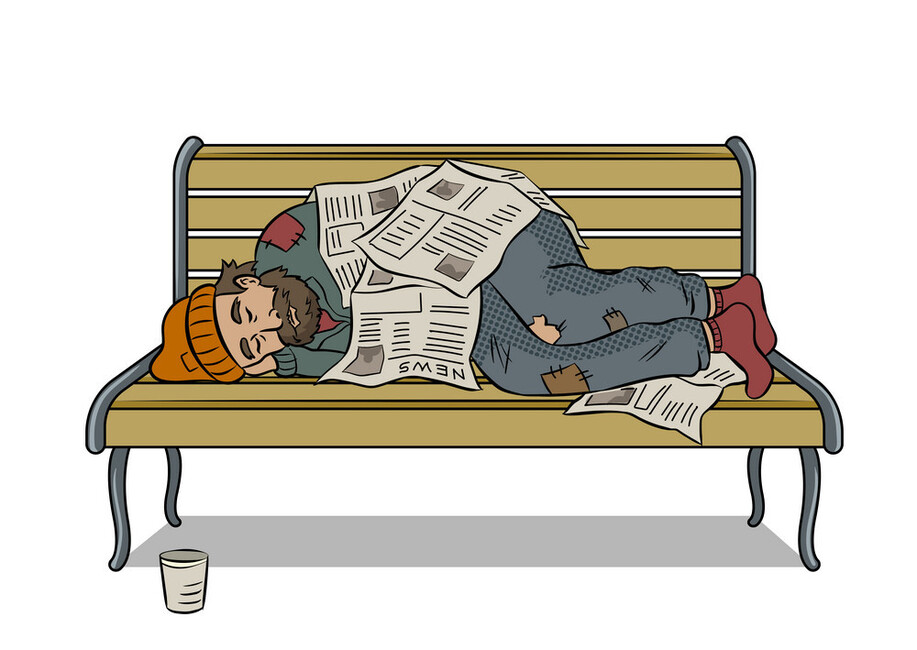 I was walking downtown one afternoon, late for a business meeting, when I saw a man sleeping on a park bench. His clothes were dirty, he used newspapers as a blanket, and I speculated that he was probably homeless. I stopped, stared, approached him and woke him up.

I knelt down beside him and took $300.00 in twenties out of my wallet. His eyes lit up. I put my hand on his shoulder and said, “As you can see, I don’t have any change. I’d rather not break a twenty, so would you “give” me a quarter so I can make an important phone call. I left my cell phone in my BMW.”

As I was walking away, I couldn’t figure out why he tried to bounce a beer bottle off of the back of my head. I guess I caught him when he was in a bad mood.