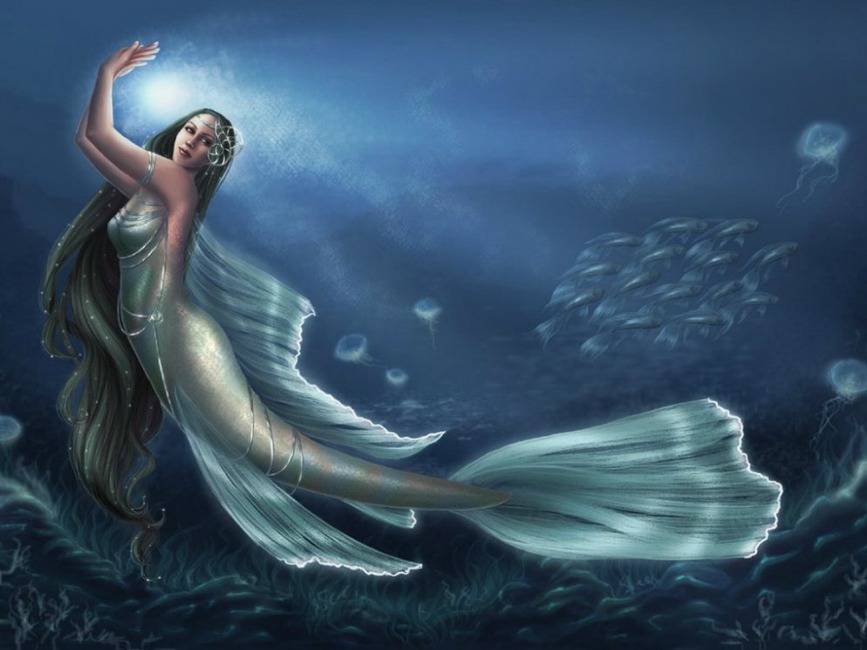 A desire I’ve had ever since I was a little boy was to go to Nova Scotia. So in my late twenties, I went there on a fishing trip. As incredible as it may sound, I actually caught

a mermaid. Before then, I thought they were fictional creatures. With great care and a lot of luck, I brought her home and put her in my Roman bathtub. She told me all about her life in the ocean and I listened, absorbing every word.

After a couple of hours she told me she was exhausted from the trip and asked, “What’s for dinner?”

I smiled at her and then conked her on the head with a rolling pin and said, “You are!” As soon as I did that, I felt awful. Not because I was going to cook her, but because I forgot to ask her what goes best with fish – red or white wine?

by: adminMay 20, 2012
Life through Blake's eyesmermaids