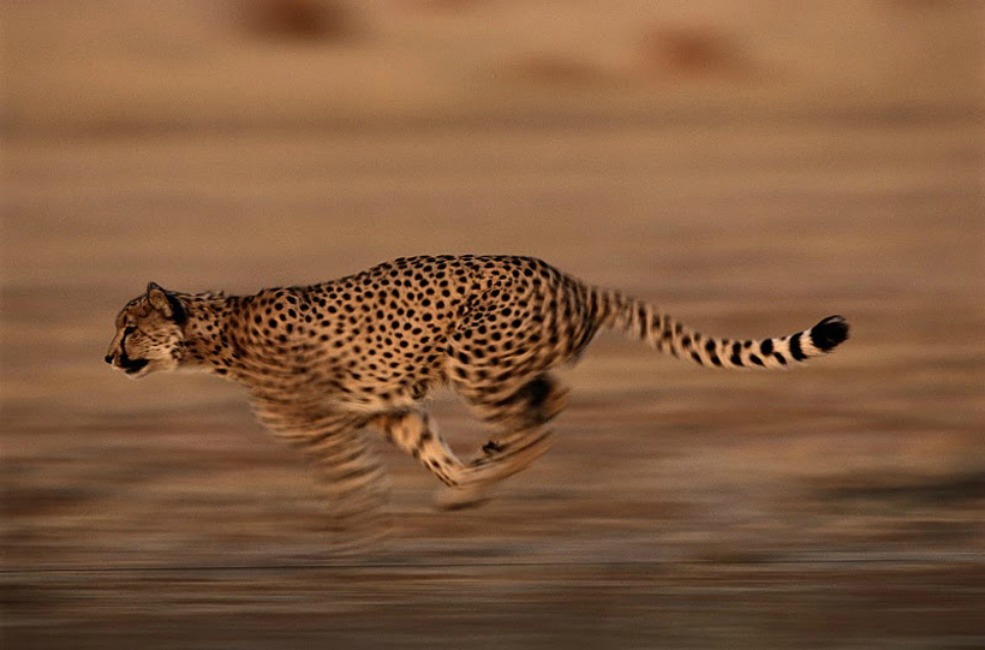 A cheetah is the fastest land animal on the planet. It can go from 0 – 45 in 2.5 seconds, and this hot rod cat maxes out at around 64 miles per hour. It has been long thought they could reach these amazing speeds, because they have wiry bodies and small heads. A high speed camera actually caught on tape the most likely reason for their bursts of speed, because right before it the chase began, it appeared to put on two pair of Nike shoes. For obvious reasons and being extremely dubious, both Adidas and Reebok are demanding an opportunity to analyze the footage.