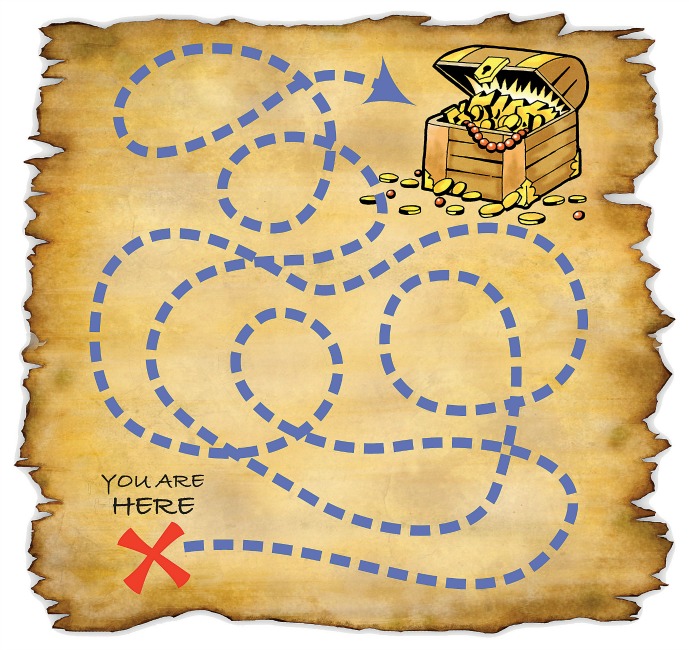 I was walking through a park about a week or so ago, I ran across an elderly man that appeared to be around 80 years old. We struck up a conversation, and I listened to stories about his fascinating life for hours. The old man eventually told me about a treasure map he had, that could lead me to unimaginable riches. He explained that he had no use for money, but he would sell it to me for $800.00, and would give the money to his grandchildren. I immediately went to the bank to withdraw the cash.

After I came back and gave him eight one hundred dollar bills, he handed me a treasure map and then quickly scurried off. As he was briskly walking away, I heard someone shout to me that the elderly gentleman was a well known drunk, and a con man. I was outraged when that was said! I didn’t like it that someone would be that disrespectful to a kindly old man, that out of the goodness in his heart, went out of his way to financially set me up for life.