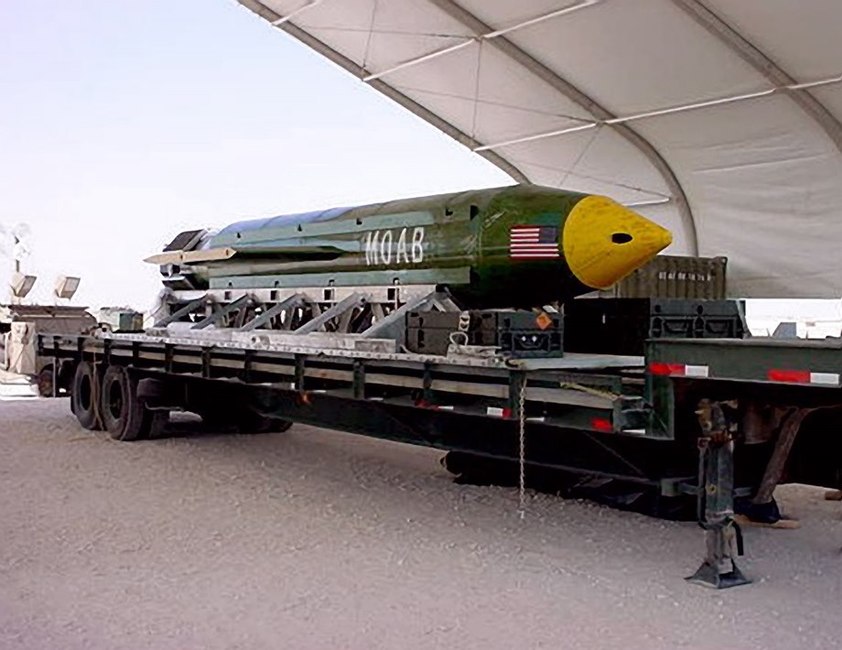 BREAKING NEWS – Washington, D.C. – Afghanistan officials said 36 Islamic State militants were killed when the U.S. dropped the “mother of all bombs” on a tunnel complex where many terrorists were living. The GBU-43B, is a 21,000-pound conventional bomb that explodes in the air, creating air pressure causing tunnels and other structures to collapse. ISIS is now threatening to sue the United States Air Force for destroying their dwelling place, and President Trump responded by saying that the Islamic militants should’ve had home owner’s insurance.