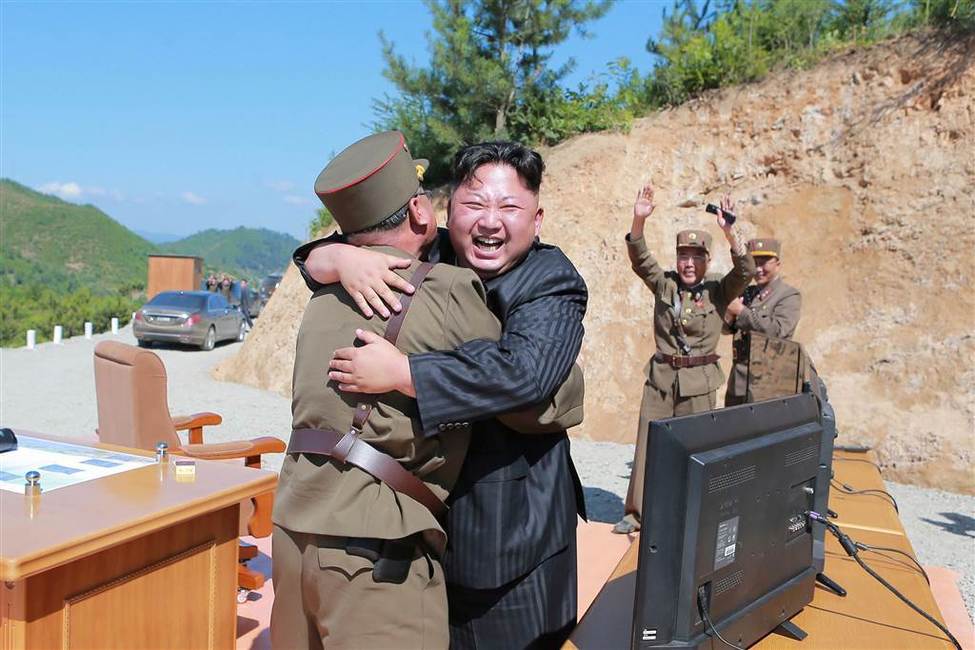 BREAKING NEWS – Pyongyang, North Korea – North Korean leader Kim Jong Un reacts with scientists and technicians of the DPRK Academy of Defense Science after the test-launch of the intercontinental ballistic missile Hwasong-14. Unfortunately, the scientist in the image was executed later that day, after he tried to lift Kim Jong Un, and then complained about getting a hernia.