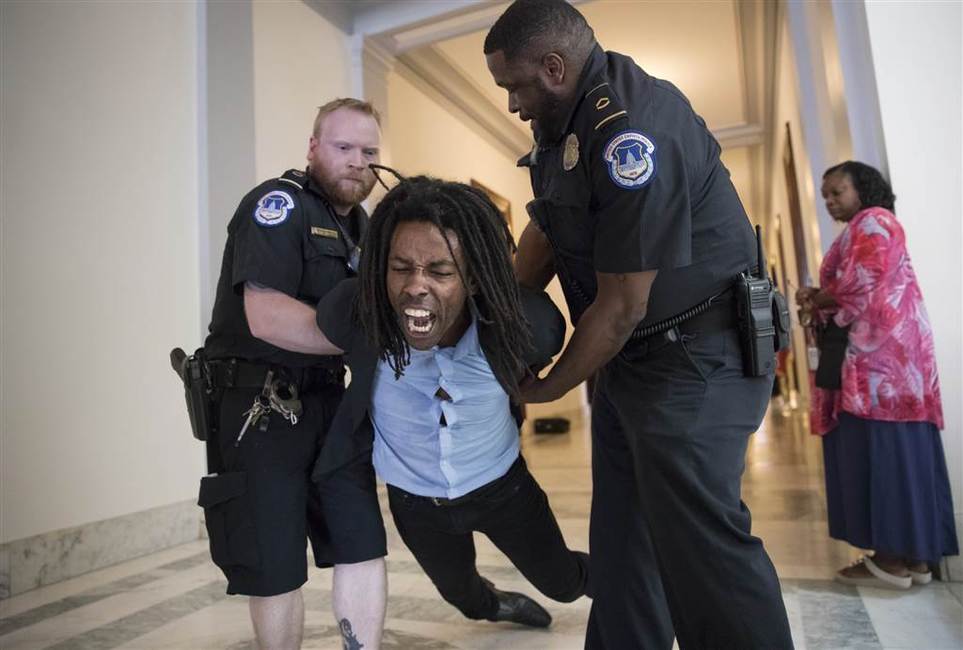 BREAKING NEWS – Washington, D.C. – A demonstrator is taken into custody by U.S. Capitol Police as activists protest against the Republican health care bill outside the offices of Sen. Jeff Flake, R-Ariz., and Sen. Ted Cruz, R-Texas on Capitol Hill in Washington. The unnamed man who was arrested, continued to shout that republicans are racists because they didn’t include in the health care bill, coverage for problematic dreadlocks and hair extensions.