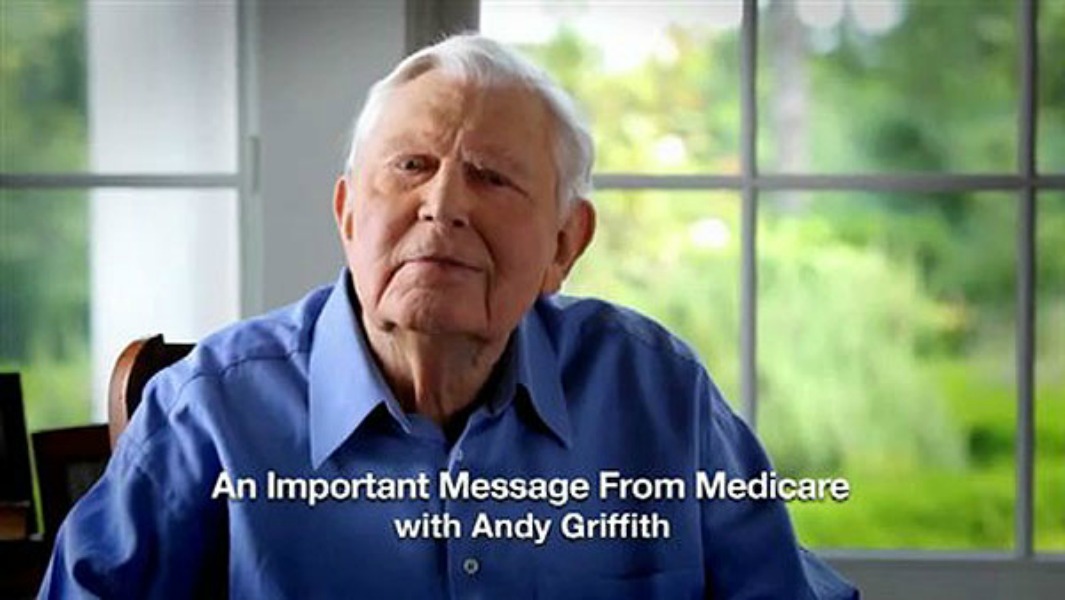 BREAKING NEWS – Mayberry, North Carolina – The late Andy Griffith, who at one time was a supporter of President Obama, was said to be very critical of the Commander in Chief over Medicare. The small town sheriff stated that the co-pay for citizens in his community had increased dramatically for hospital visits over the past three years. Which includes Otis Campbell’s alcohol related illnesses, and Barney Fife’s frequent visits to the emergency ward from accidentally shooting himself in the foot while trying to draw his gun.