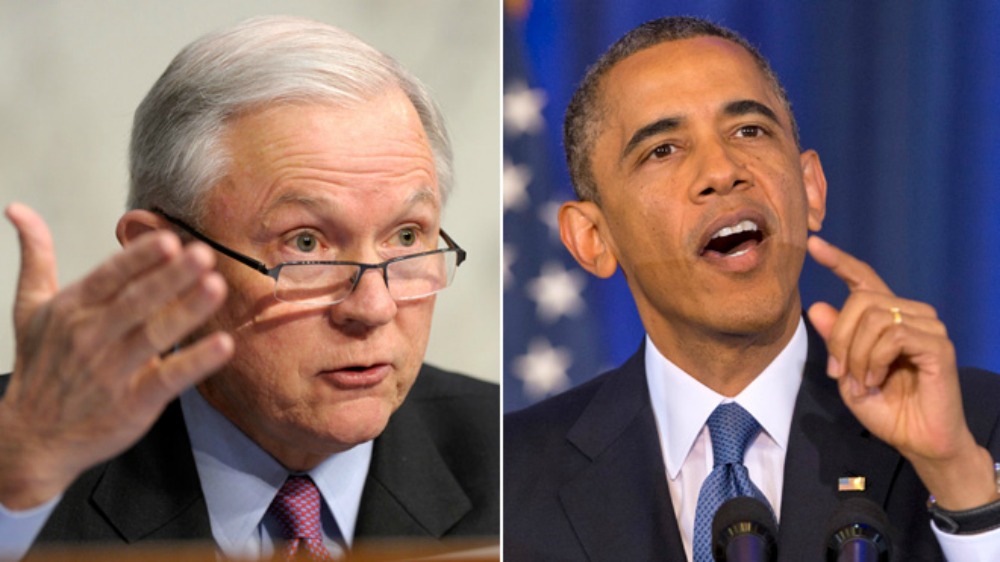 BREAKING NEWS – Washington, D.C – Senator Jeff Sessions blasted President Obama after he held an Oval Office meeting this week with illegal immigrants, despite having ignored recent requests for a sit-down from the union representing immigration officers. Obama responded by saying that he spoke with them to explain the proper path to legal citizenship. He also stated that after he had extensive background checks on each person, he immediately had some of them deported that he felt was a danger to society, which included convicted felons, wanted criminals, or anyone that embraced any conservative values.