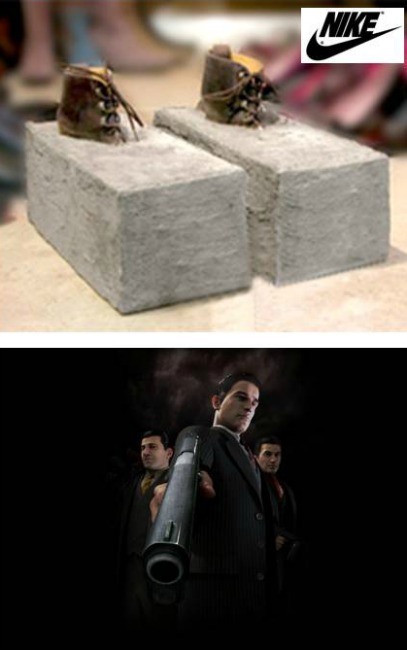 BREAKING NEWS – Beaverton, Oregon – Local police and the FBI raided Nike after a six month sting investigation regarding their ties to the Mafia. The U.S. Attorney’s office stated that they were gathering evidence confirming that Nike was making “cement shoes” for organized crime, and was promoting their product to the underworld with their modified sales pitch that went from, “Just do it” to “Just dunk it”.