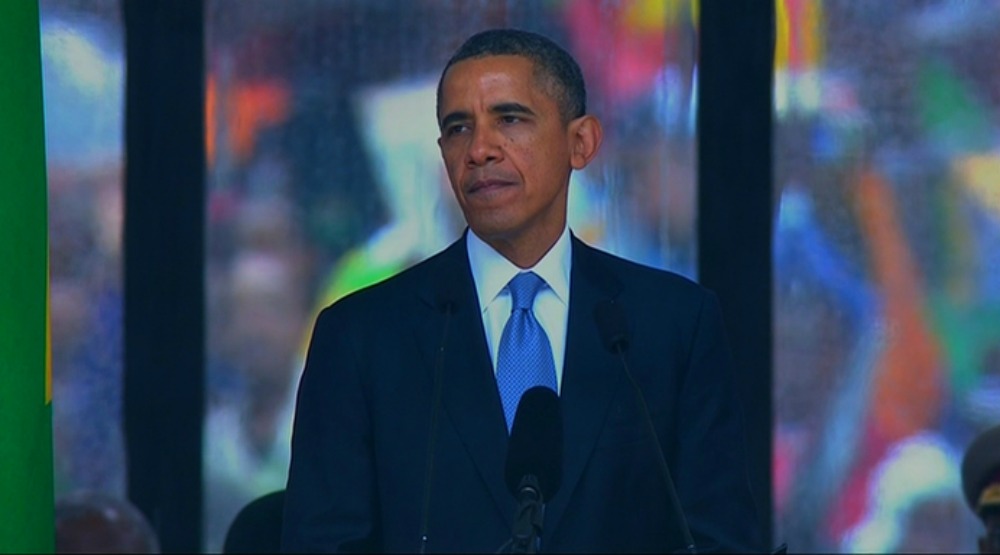 BREAKING NEWS – Johannesburg, South Africa – President Obama raised more than a few eyebrows while speaking at Nelson Mandela’s funeral. In front of a packed stadium President Obama stated, “That even though my close and dear friend Nelson Mandella did not acquire the worldwide love and admiration that I have, generally speaking he still did a pretty good job.”