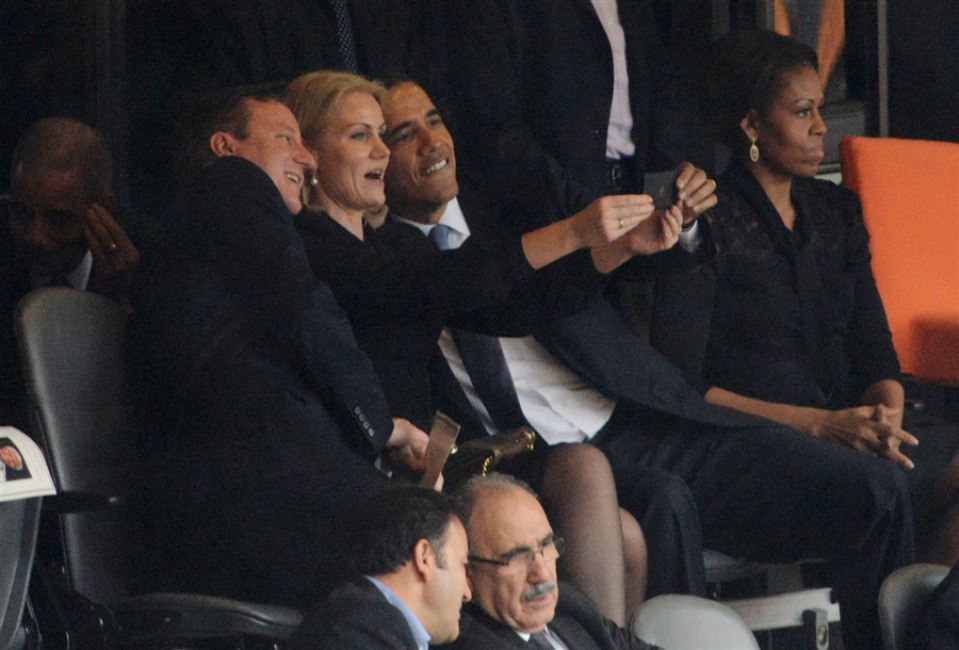 BREAKING NEWS – Johannesburg, South Africa – First Lady Michelle Obama is pictured visibly angry as she sat next to the her husband, after she refused to stand up and take a picture of President Obama, Prime Minister David Cameron, and Denmark’s Prime Minister Helle Thorning Schmidt. Unnamed witnesses that sat near them stated when Michelle responded by saying that she isn’t paid to be a photographer, she appeared to suppress her rage when President Obama turned to the two other world leaders and said, “This woman is always mad about something, that’s why I prefer to travel alone.”